You might not realise it, but as you eat the everyday and much-loved apple strudel, you’ve become part of a story combining eastern legends of apples, a vast empire, and centuries of conflict on the boundary between East and West. 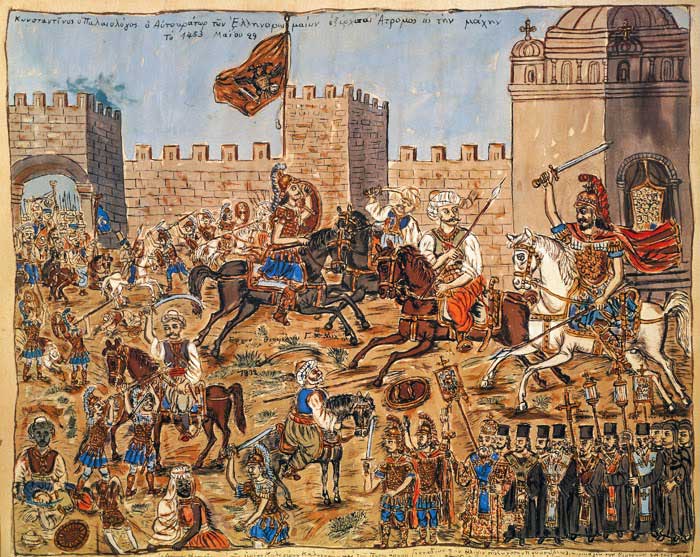 Theophilos Hatzimihail - Constantine Palaiologos in battle (the fall of Constantinople to the Ottomans in 1453) 1932, © Theophilos Museum, Lesbos

During the 14th century, from the confused and fragmented lands of Anatolia, a new centre of power arose, and this new force grew to become the Ottoman Empire.

By the early 1500s, Ottoman expansionist ambitions were clear, and the Empire had become the main territorial threat to the eastern and southern boundaries of western – Christian – Europe. 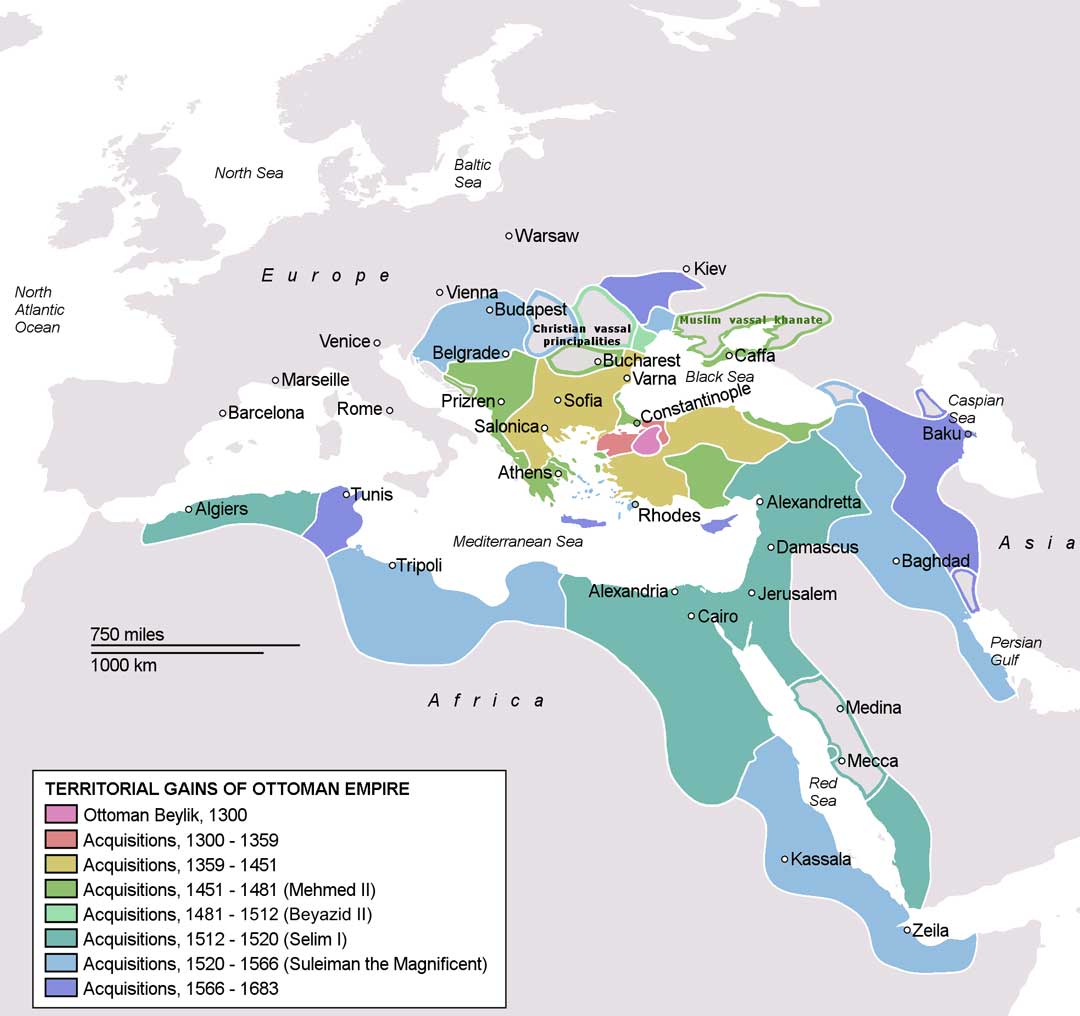 The Ottoman Empire at its greatest extent in 1683 Atilim Gunes Baydin based on Robert Mantran (ed.), © Histoire de l'Empire Ottoman (1989)

Apples were highly valued in the lands of the Middle East and eastern Mediterranean. They were magical, representing health and wealth. Desirable prizes were known as Golden Apples 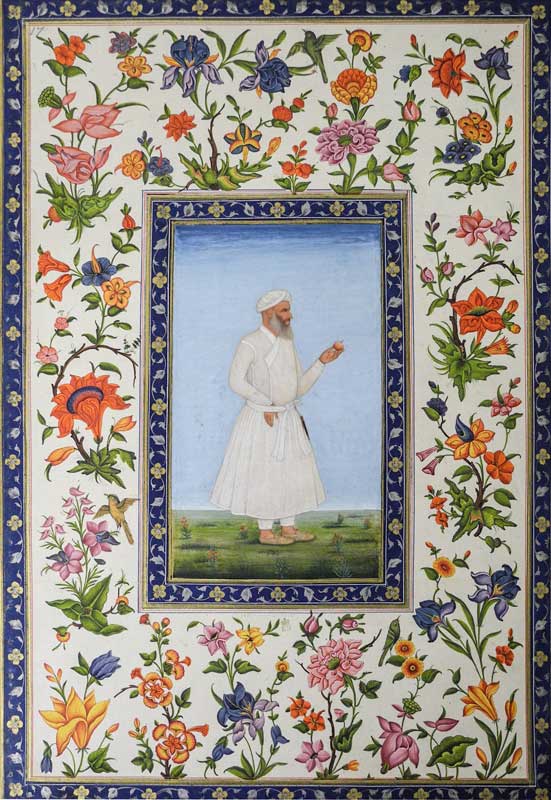 A nobleman standing and holding an apple. c1650. Persian drawings © The Trustees of the British Museum

And the Ottoman Empire was determined to take what it saw as the Golden Apples of the West: the cities of Constantinople, Belgrade, Budapest, and Vienna. 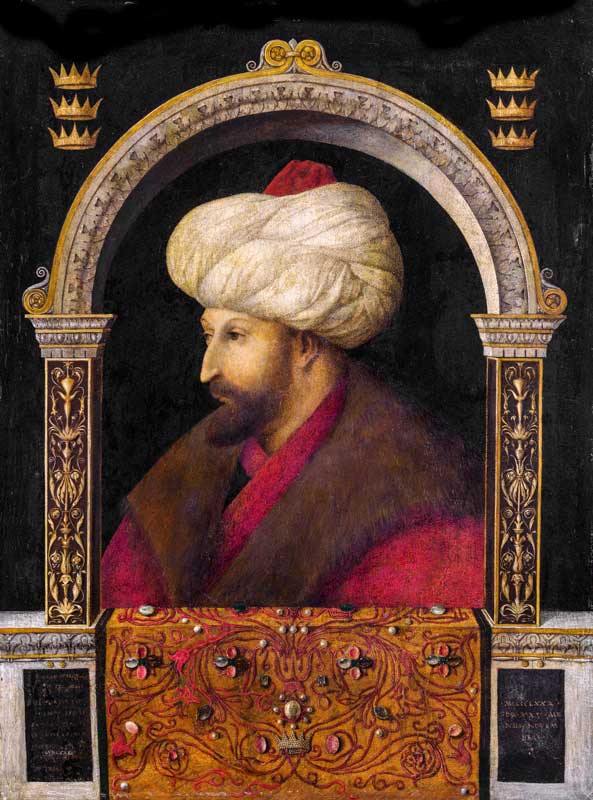 There’s a story of the 15th century sultan, Mehmed II, who places an apple in the centre of a carpet and challenges his generals to take the apple without standing on the carpet. None of them can do it. He shows them how, rolling up the carpet around the apple until he can easily take it without setting foot on the carpet. 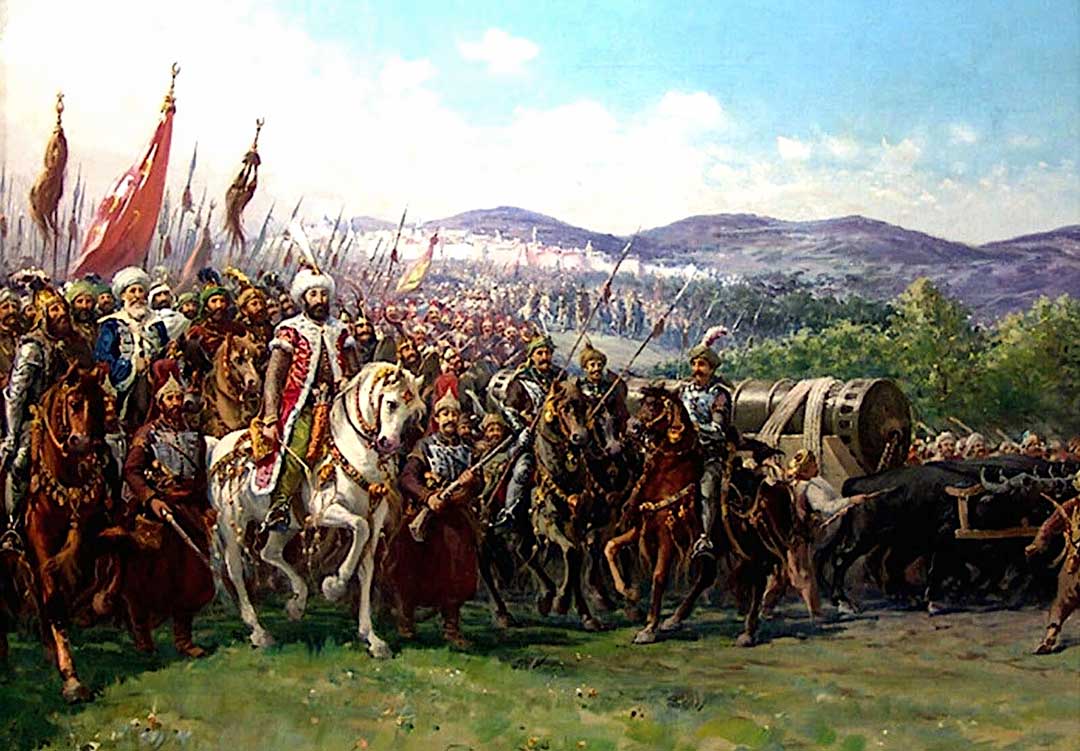 It’s a metaphor for the Ottoman battle plan. They captured the lands in the Balkans and around Constantinople before attempting to take the city. And the fall of Constantinople in 1453 was world-shattering (for Christendom) – an epoch-making moment. It meant the final end of the Roman Empire, the remains of which had for centuries been ruled from Constantinople; and the end of the Middle Ages.

The Ottoman surge continued westward to take Belgrade (in 1521), reaching the walls of Vienna in 1529. But there they halted, failing to take the city. Vienna was besieged again in 1683, but did not fall and, for the Ottoman Empire, that second defeat was the beginning of a long decline which lasted until 1918. 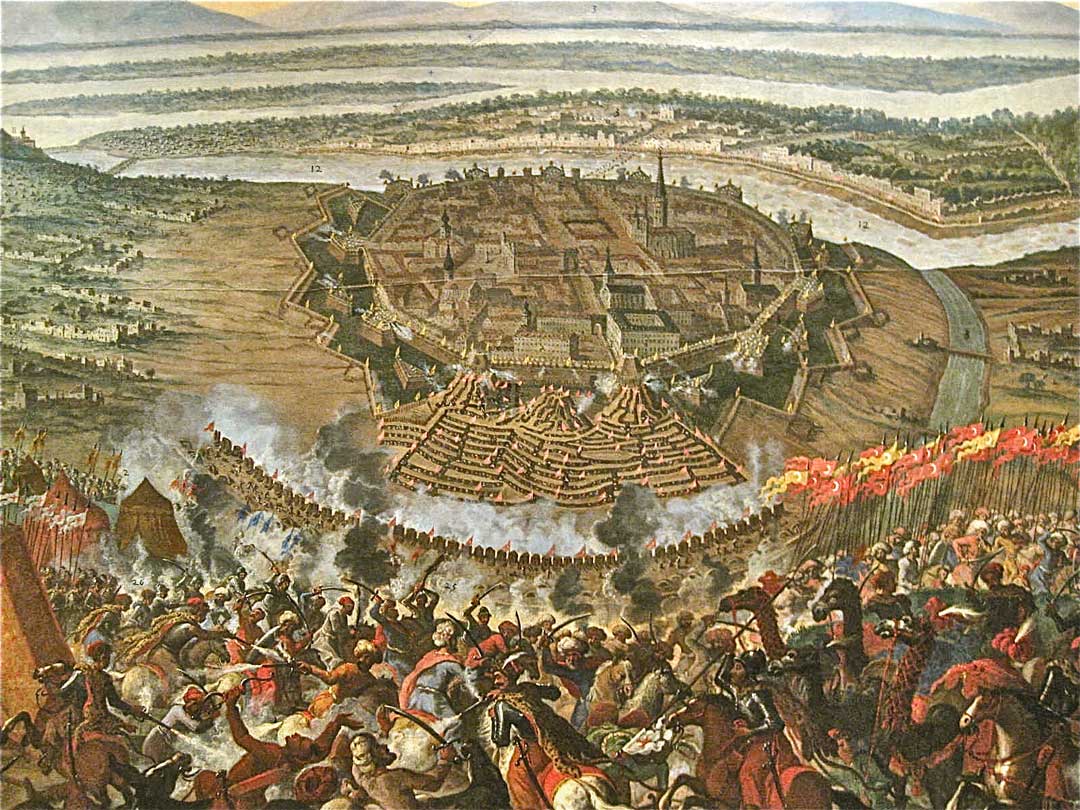 The significance of this long conflict goes beyond the military. There were centuries of cultural and culinary interchange, too. The story goes that the first café in Vienna was founded in 1683 after coffee beans were found in the fleeing Ottomans’ supplies. An Armenian named Kolschitsky knew what they were and started a coffee house.

More important for our story, the flaky pastry used in many middle-eastern cakes came to Vienna and resulted in, amongst other things, the crescent-shaped Kipferl, or Croissant (echoing the Ottoman flag, and which the Austrian princess, Marie Antoinette, is said to have taken to France), and the apple strudel.

Apples and the influence of the east come together perfectly in the apple strudel, which is still enormously popular in Vienna. We visited the Café Tirolerhof, a traditional café in the centre of Vienna, to see how they do it. Their apple strudel is said to be the best in town – and you’ll see that it’s not that hard to make it yourself.

There are several variations on the recipe, some of them regional, some of them personal. The pastry at the Tirolerhof isn’t as flaky as some others, where it would be stretched out by hand until it’s thin enough to read a newspaper through. Take a look at this second video (filmed back in 1998) which shows the late Kurt Valena making strudel at his Café Valena (also in Vienna).

Kurt Valena making strudel at his Café Valena, from the TV Series ‘Cafés of Europe’ © The Farnham Film Company

This film and accompanying article about apple strudel were produced by Ian Lewis.

Beauty in Rottenness and other apples