Apples & People commissioned artist Richard Gilbert to produce a sequence of paintings, showing the changing seasons in orchards, as a contemporary response from Herefordshire’s countryside to Pissarro’s work in Éragny-sur-Epte. 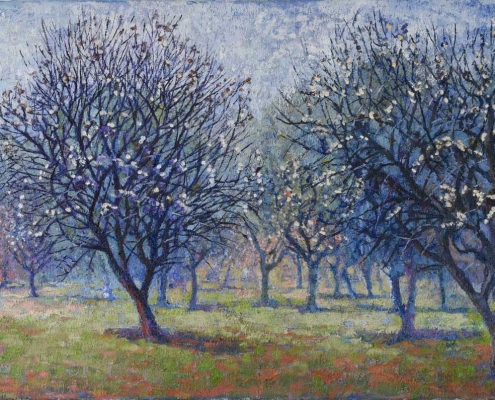 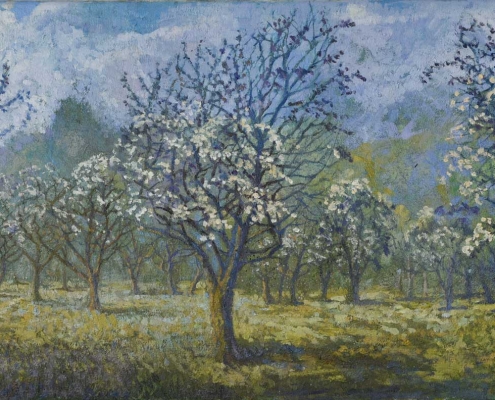 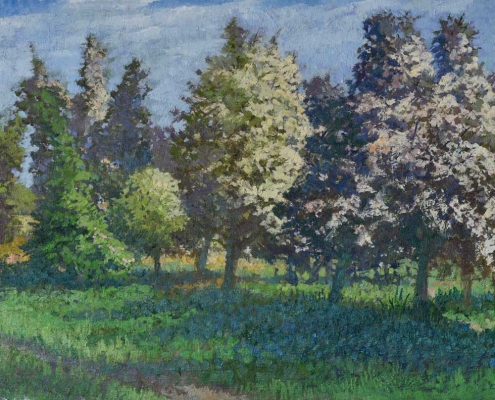 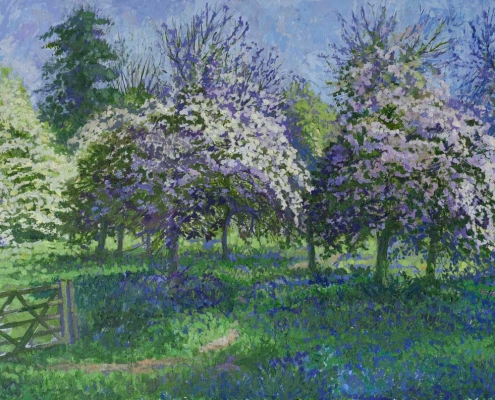 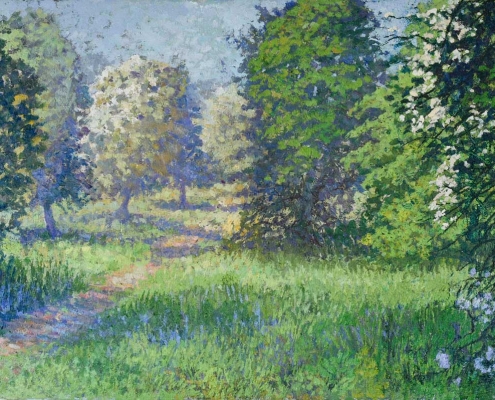 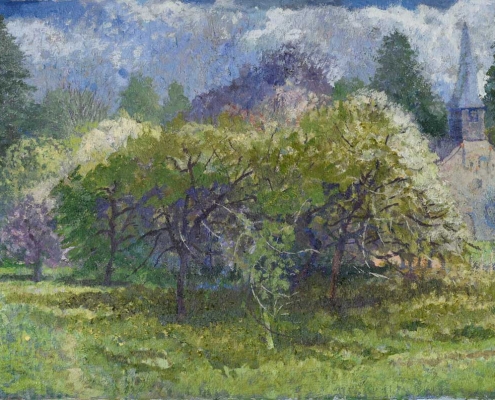 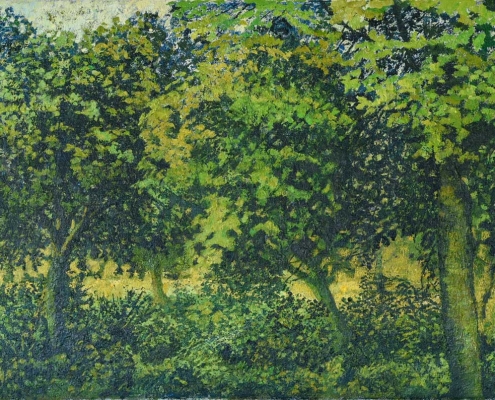 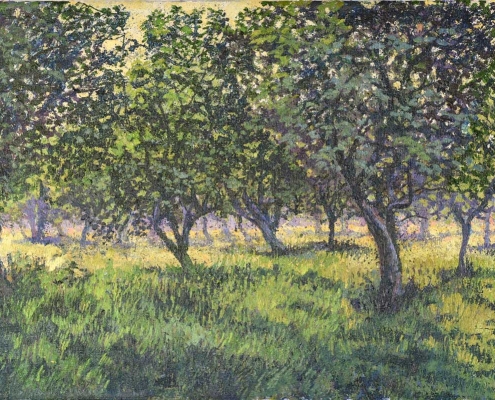 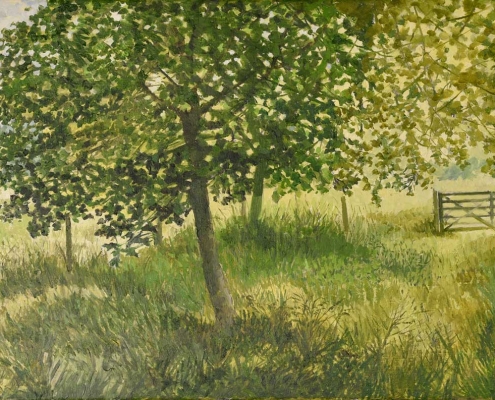 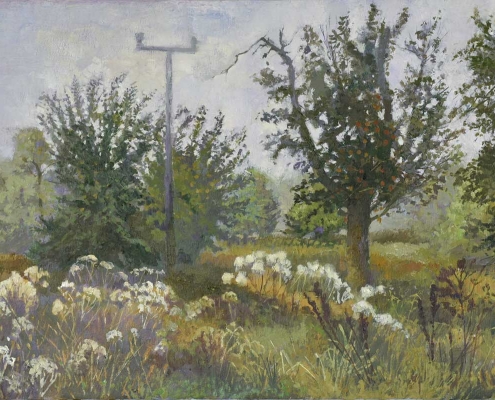 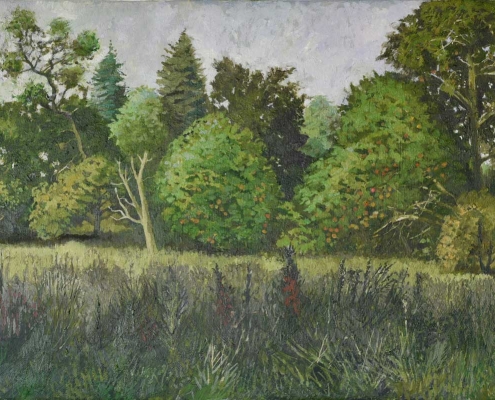 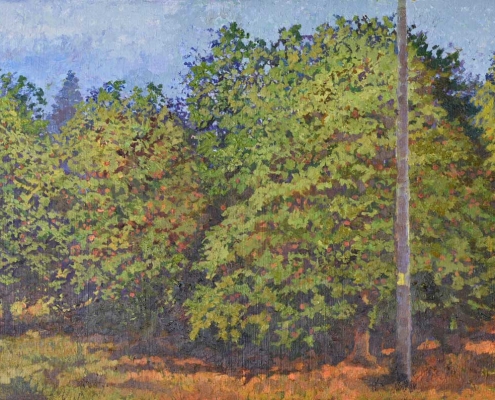 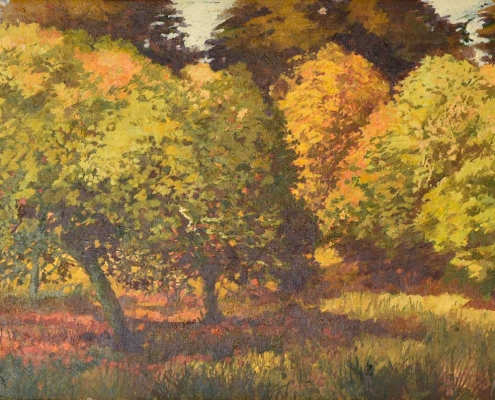 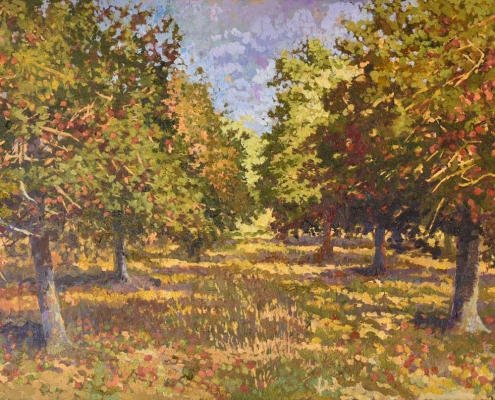 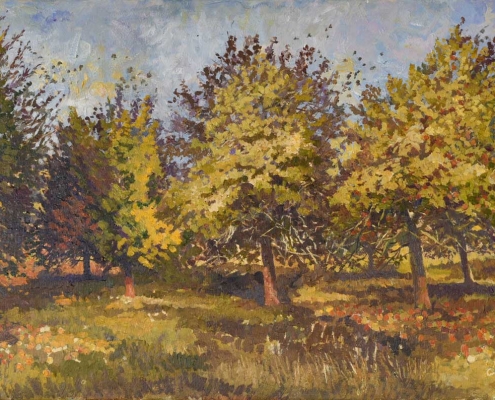 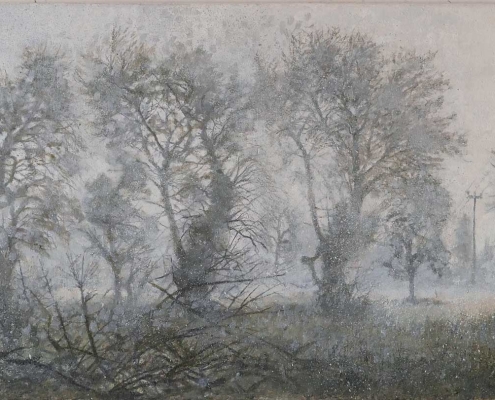 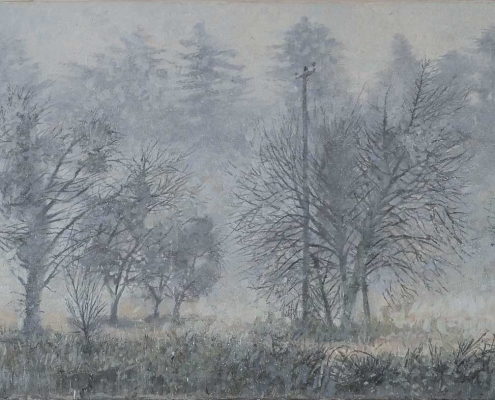 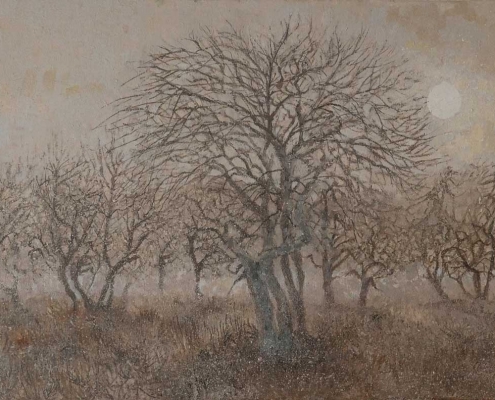 Richard’s eighteen paintings made throughout one year in two Herefordshire orchards show his experience of being in these orchards, with their changing light and foliage. It also deepened his understanding of Pissarro’s painting style and gave him a sense of Pissarro’s personal experience of continual reinterpretation of the orchards around his home in northern France. 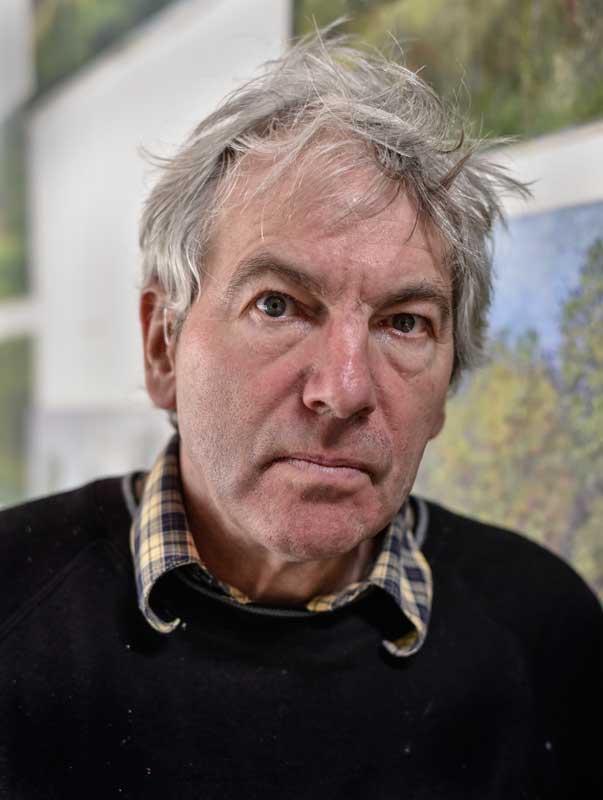 “Even in the impressionist 1870s, Pissarro adopted an underlying symmetry and calculated composition that hinges upon two motifs that become familiar in his later work, the staged foreground tree with shadow and the pathway. To some extent, I used these elements.  As time went on, it seems to me that Pissarro relied less on an impressionism ‘en plein air’ and increasingly on recreating landscape in the studio through memory, to give the work greater self-possession. This made sense to me. Whilst I visited the orchards weekly and monthly during the year, starting quite a few paintings on site and developing a regular route to take in particular spots and viewpoints, my approach evolved to imaginatively combine particular trees, pathways, gates, and buildings in the composition.  When taken together, repetitions of three, four or five principal trees create a friezelike arrangement. 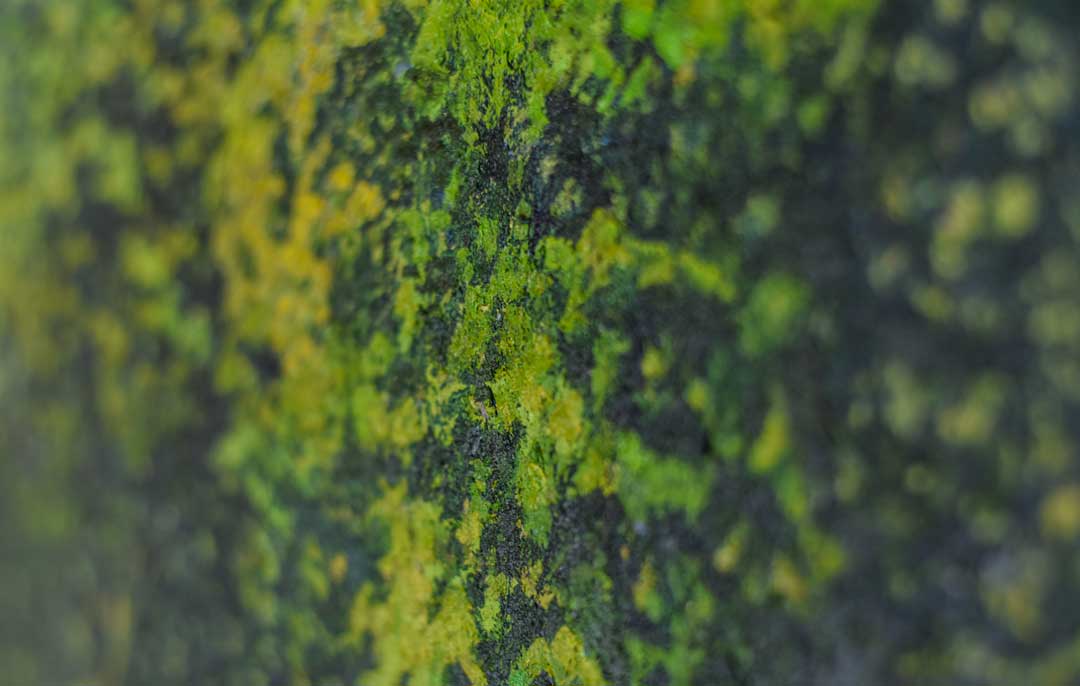 In some, I adopted Pissarro’s sous bois approach where you see the motif through a screen of trees that structure the pictorial space. Another aspect of Pissarro that I found intriguing was the variety in his touch, from softly fusing brushstrokes that create envelopes of light, to choppy short strokes that begin to abstract the form to the pointed neo-impressionism. You can see he uses flat ended and round brushes. What is so fascinating in the late Ashmolean Éragny sunset is the way he builds paint up over time, a kind of meditative approach that reflects upon the passage of time. 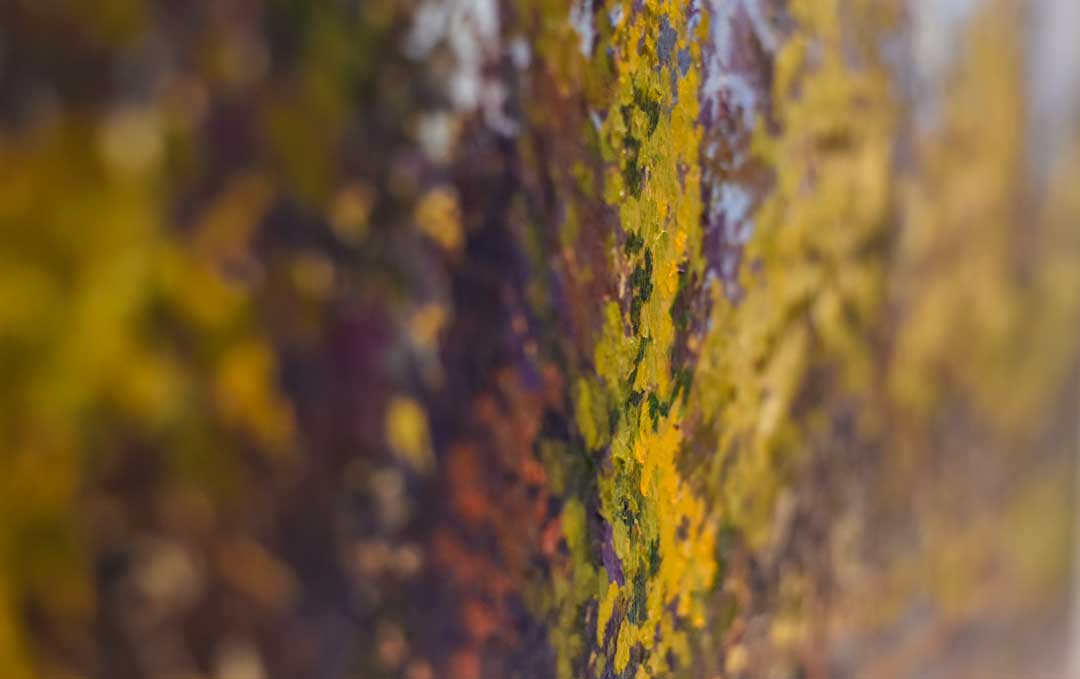 I also responded to his interest in climate. He has paintings of his orchard and garden in frost, snow, mist, summer haze and varied times of the day.  It is intriguing to see how he experimented with a bolder primary palette when following neo-impressionism and pushed the orchard views towards abstraction, this is most evident in the watercolours of the 1890s. Pissarro discusses in his 1895-6 letters that his intention is not to record what the scene looks like but to create ’effet’ which evokes visual sensation. This is his way of re-presenting the world.” 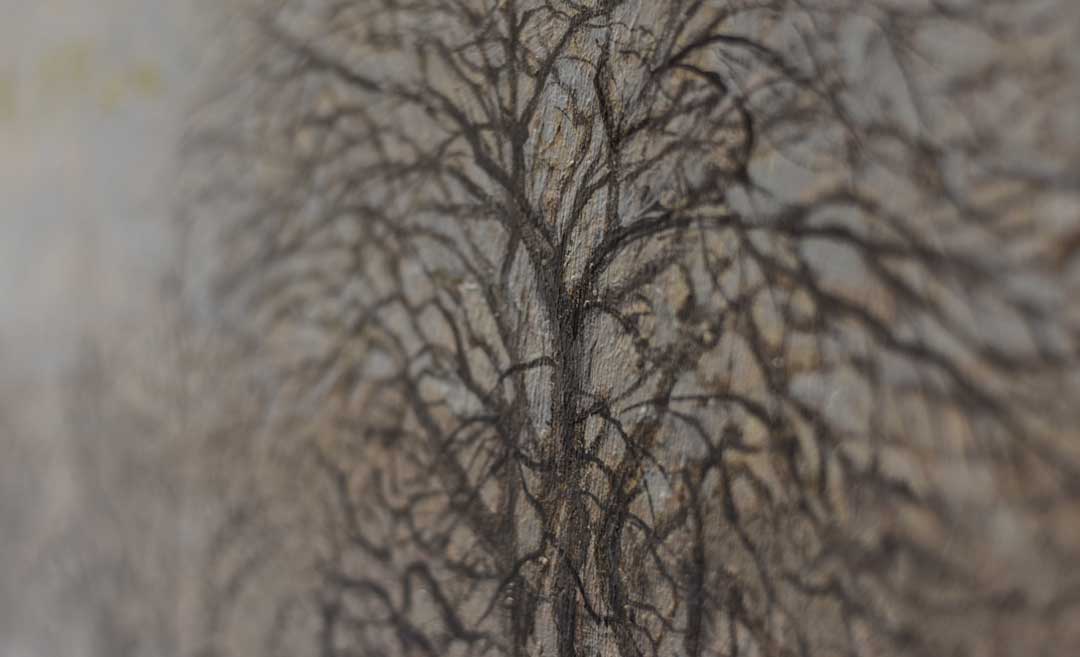 Richard studied at Falmouth and Wimbledon Art Schools, received an MA at Chelsea School of Art and an MFA at the School of the Art Institute of Chicago. His work is in public and private collections in the UK and abroad. Based in Herefordshire, his paintings focus upon depiction of rural landscape. 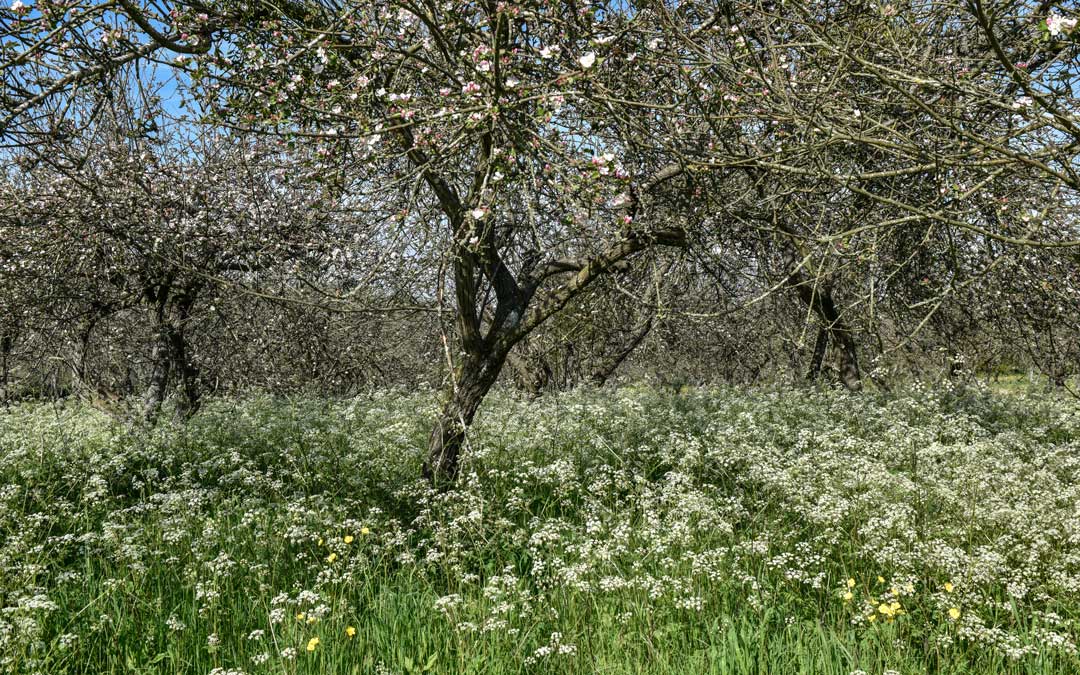 Richard’s paintings depict the traditional orchard at Breinton Springs, Herefordshire, owned by the National Trust, and the nearby Becket’s Orchard which is a large orchard of old bush cider apple trees which was gifted to the Museum of Cider by Susan Bulmer in 2021.

Alan Crumpler of Syrinx Records for allowing the use of:

Engineered and produced by Alan Crumpler

Recorded at the Bishop’s Palace, Hereford in July 1994