Of Apples and Men 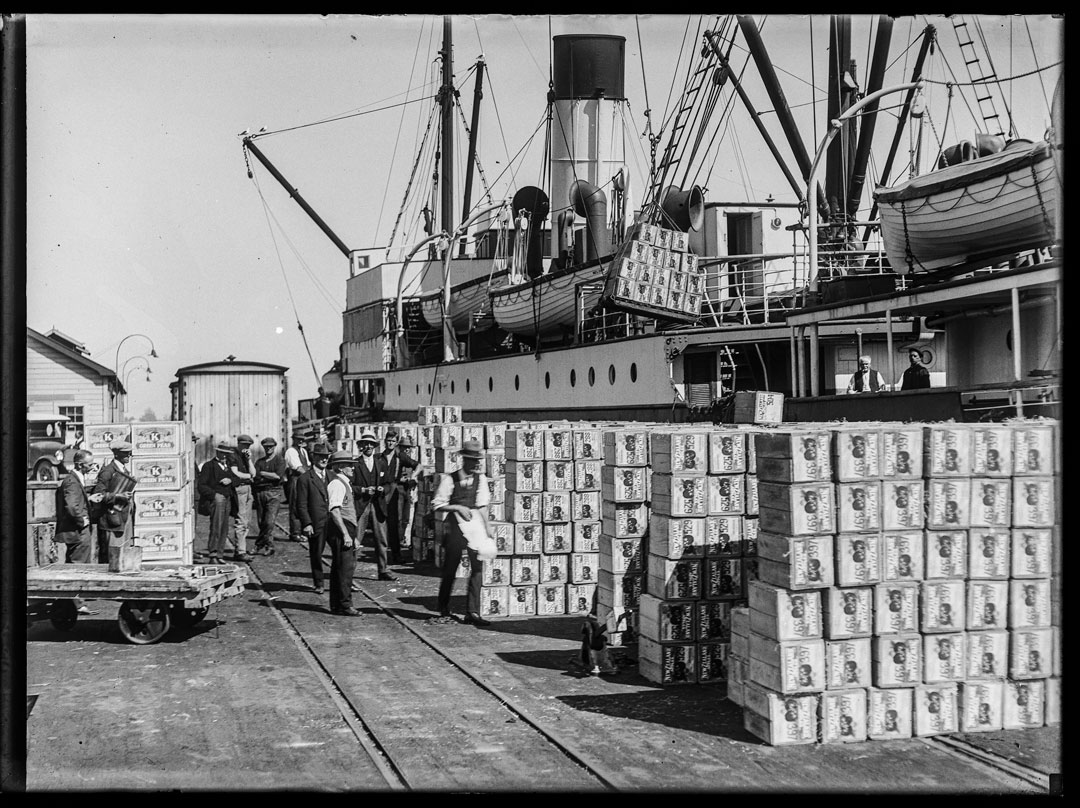 The apple has only existed in New Zealand for a relatively short time, the domestic apple being brought to its shores by Samuel Marsden on 12th August 1819. There were no wild apples there before that. Yet in the ensuing two centuries New Zealand has produced the Gala and Braeburn varieties – respectively 4th and 12th in the global apple production table, and more recently Jazz™ and Envy™ – which are crosses of Gala and Braeburn.

Rev Samuel Marsden (born 1765 in Yorkshire, UK) was a Christian missionary in Australia. He visited New Zealand seven times between 1814 and 1837. 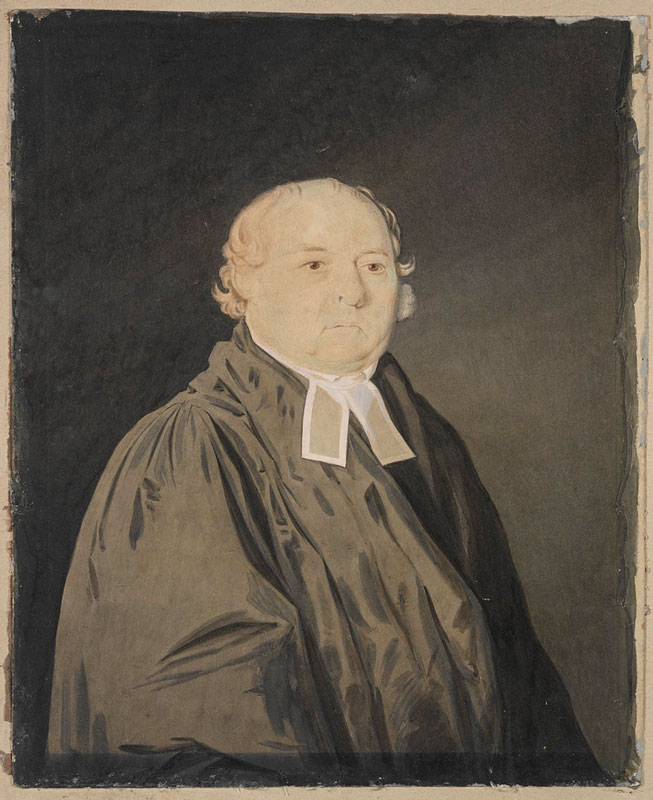 In the journal of his second voyage, Marsden records bringing fruit trees and vines from Australia and planting them at Kerikeri with the Maori local people. Marsden writes about Maori visitors to orchards and vineyards in Australia.

“The chief’s sons…are much astonished to see the fruit and anxious to promote their growth in their own country.”

New Zealand’s climate proved to be well suited to apple growing and in the following hundred years, apple orchards were planted across the country. By 1910, people in New Zealand were being encouraged to reap the rewards of growing apples for the export market: 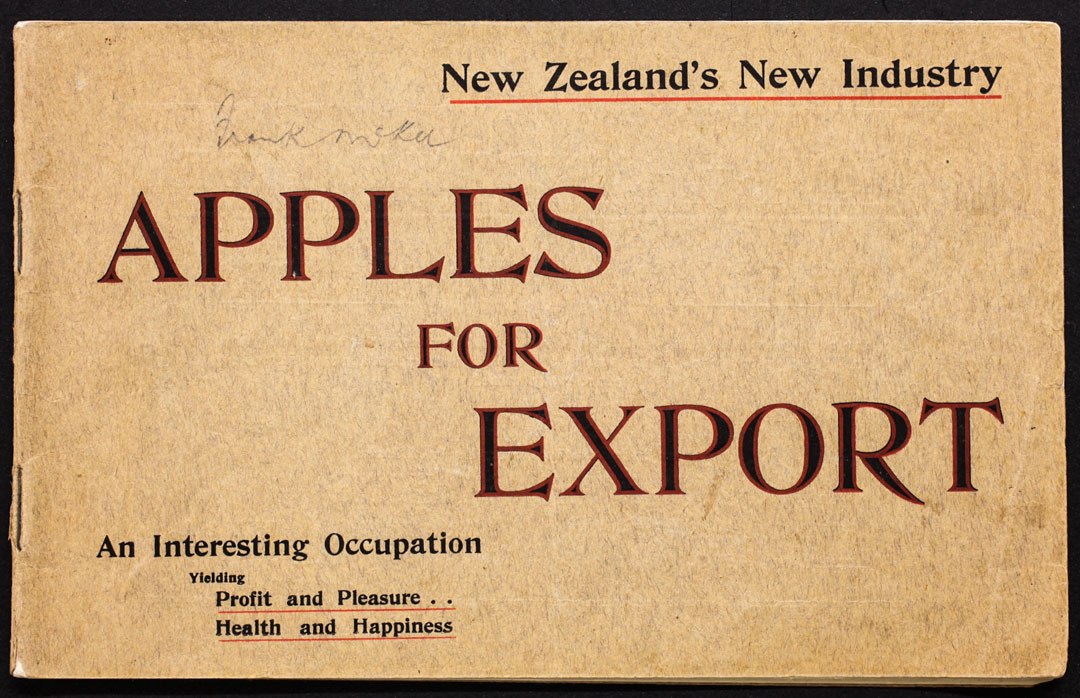 One new grower was James Hutton Kidd (born 1877 in Northumberland, UK) who started to breed apples with the aim of improving the taste of the then-dominant American Delicious varieties. Kidd’s Orange Red (born 1912 in Greytown, New Zealand) is a cross of American Red Delicious and the old English variety Cox’s Orange Pippin. 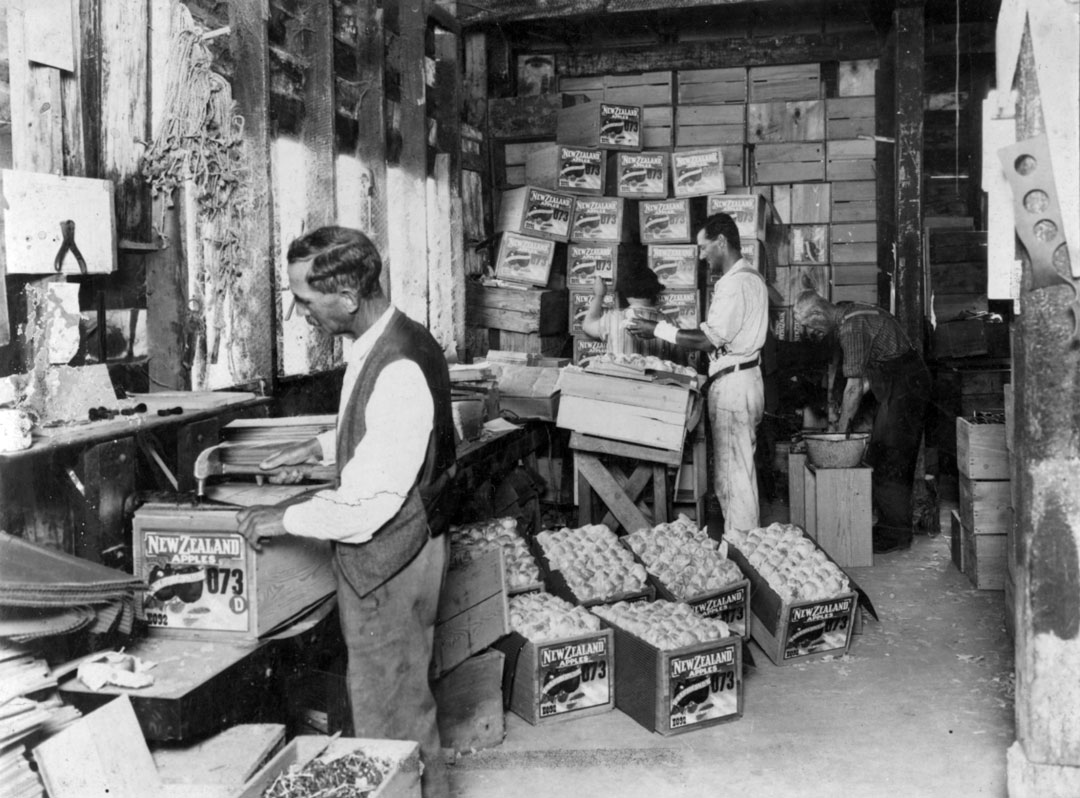 Kidd’s Orange Red was introduced to market in 1931 but another variety propagated by Kidd subsequently became the most successful New Zealand variety. Gala (born 1934 in Greytown, New Zealand) was selected for trial by Dr Don McKenzie from seedlings planted by Kidd and introduced in 1965 long after Kidd’s death. Gala is a cross between Kidd’s Orange Red and Golden Delicious with a crisp juicy texture and mild sweet flavour.

Meanwhile, Braeburn (born 1952 near Braeburn, New Zealand) is a chance seedling which recent genetic testing indicates to be a cross of Red Delicious and English Sturmer Pippin. This has good flavour and stores well when chilled. Together, Braeburn and Gala account for nearly half of the apples grown and exported by New Zealand, although this is decreasing as new varieties are developed.

A systematic and well-funded breeding programme has ensued in New Zealand led successively by Dr Don McKenzie, Allan White, and Dr Richard Volz at what is now Plant and Food Research, a government-owned research institute. 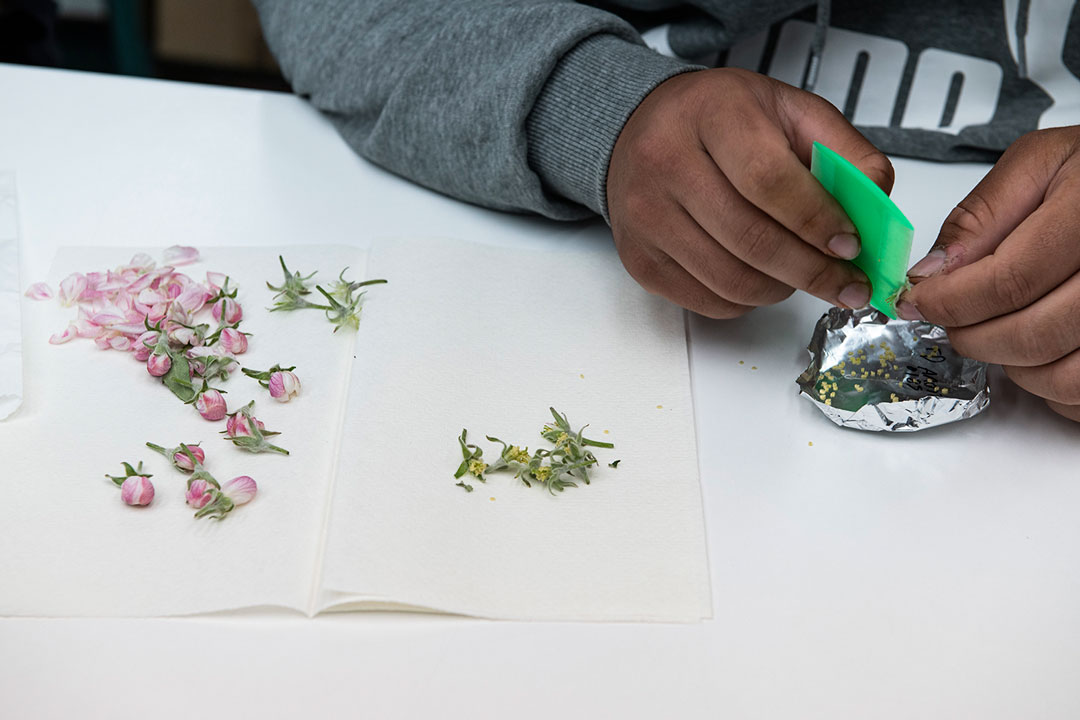 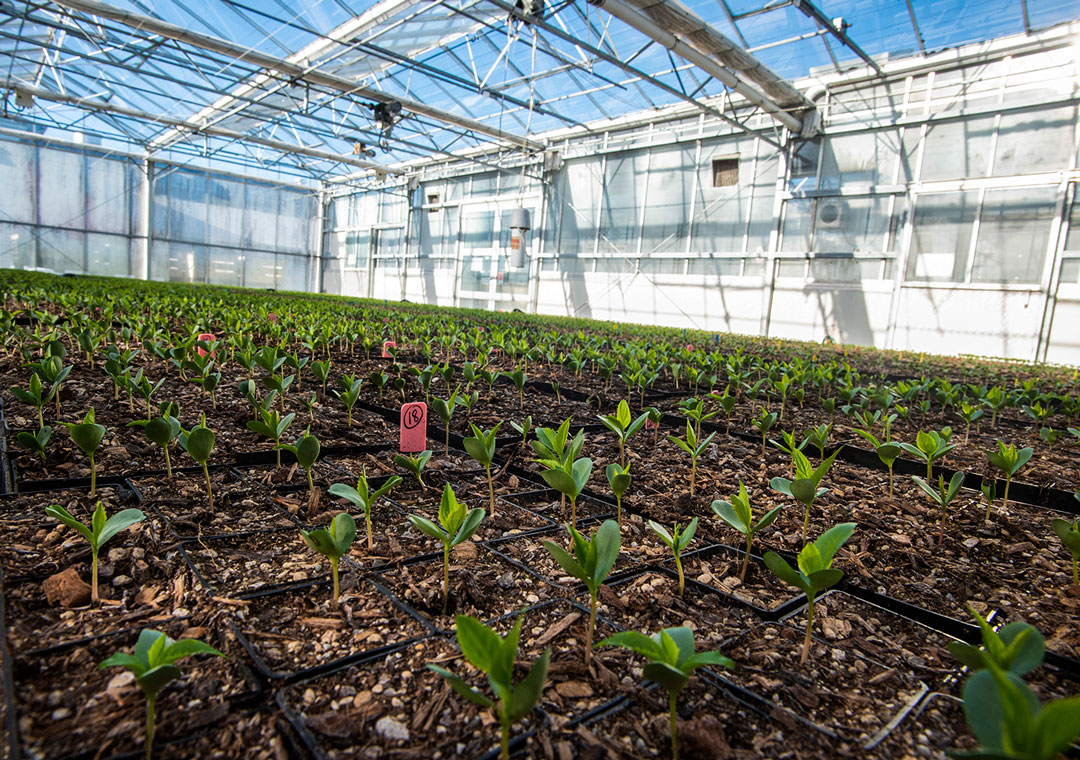 With some 70% of apples grown in New Zealand being exported, the breeding programme has sought new varieties with distinctive traits to meet consumer tastes across international markets and capable of extended storage.

“For almost three decades, much of the innovation in apple varieties has emanated from New Zealand as that country has sought to offset its geographic disadvantage in accessing world markets.” 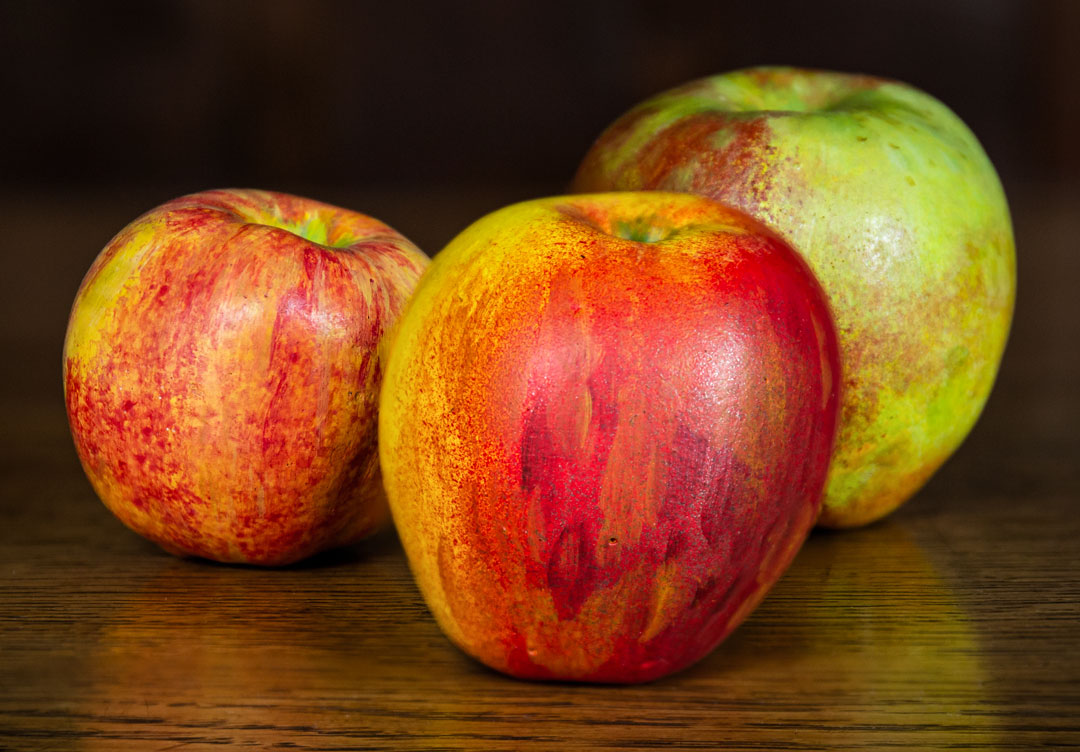 Allan White (born 1950 in Wairoa, New Zealand) led the fruit breeding programme at Plant and Food Research for over twenty years, retiring in 2017. His crosses of Braeburn and Gala resulted in the sibling varieties Scifresh (Braeburn x Gala), marketed as Jazz™ and Scilate (Gala x Braeburn), marketed as Envy™ (born 1985 in Havelock North, New Zealand). These surpass the characteristics of both parents for crispness and flavour, with Envy™ being later ripening, larger, and sweeter than Jazz™.

“My personal goal was to bring joy and a sense of well-being to the experience of eating apples. One of my best rewards is hearing of people who get pleasure from eating my apples.” 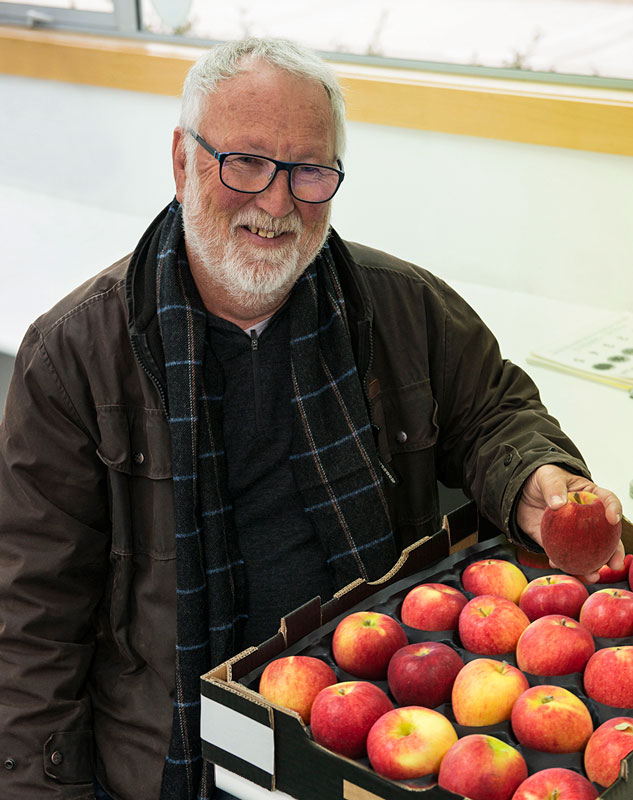 New Zealand has excelled in producing world-class apple varieties. It has invested in breeding and genetic research, growing techniques and routes to market, but crucially also in understanding what will make tomorrow’s consumer buy an apple. Allan White explains that consumer research found that health was the key purchase driver, and that the main identifier for health was “freshness”.

“We translated freshness into selectable traits of which texture was the most important. We were looking for apples with the crispness of fresh green capsicum; the crunch of cucumber; and the juiciness of watermelon.” 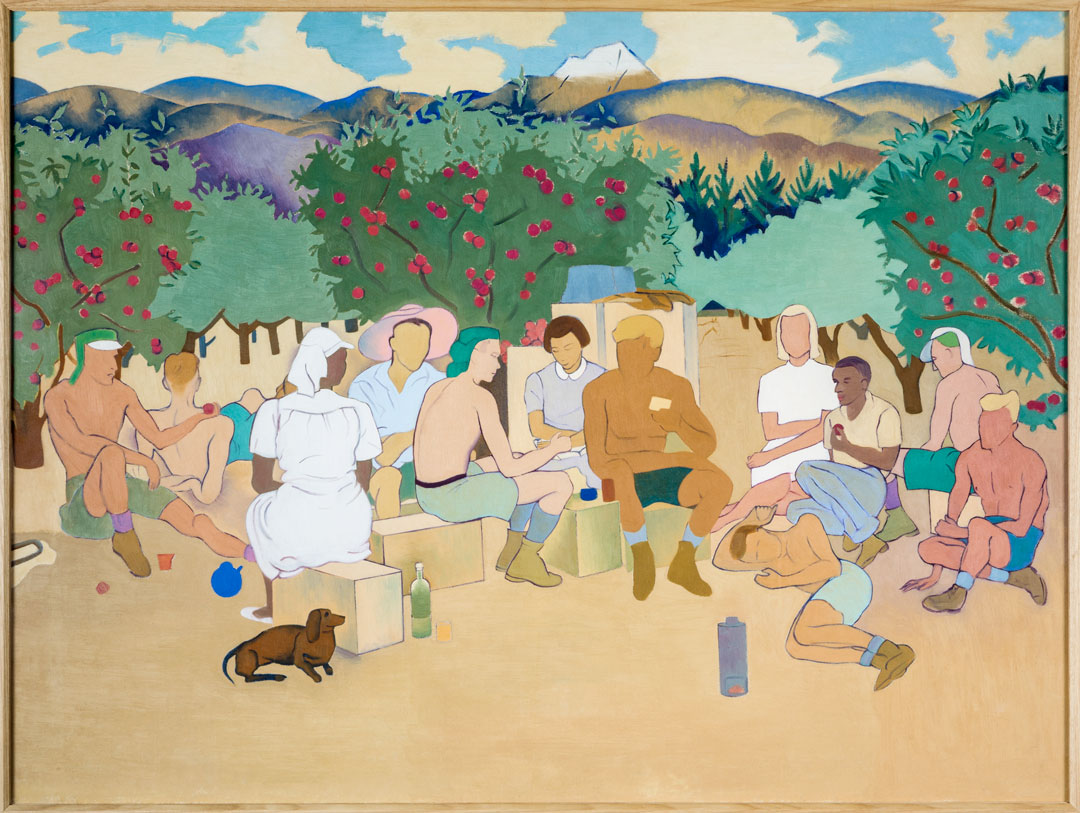