The study of roots at East Malling revolutionised apple growing. 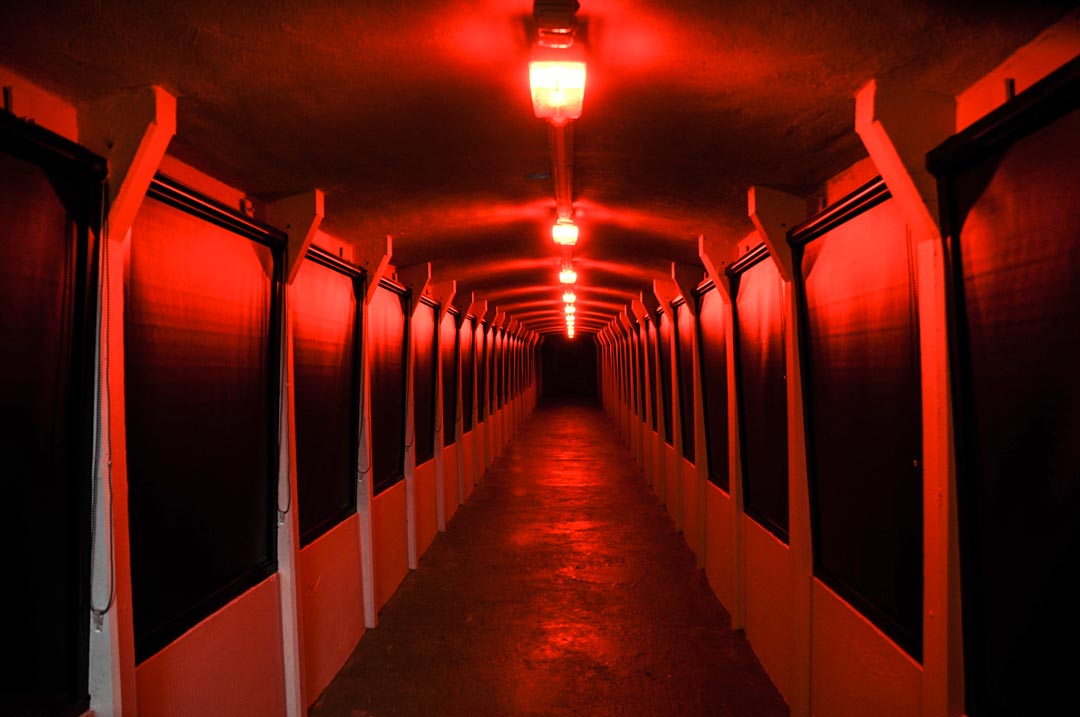 As apples do not grow true to type, most commercial fruit trees are grown by grafting scions of known varieties onto rootstocks of known vigour so that the grower has a tree of an appropriate size. About one eighth of the biomass of an apple tree is underground in its roots, which spread wider than the tree above ground. Its roots systems are extremely important for tree size, fruit production, and robustness in the face of disease and climate change. Due to the commercial importance of their fruit, the roots of apple trees are probably more studied than any other crop.

East Malling Research Station was established in Kent in 1913 to address the practical needs of fruit growers. Sir Ronald G Hatton ran East Malling from 1914 to 1948, through two World Wars. 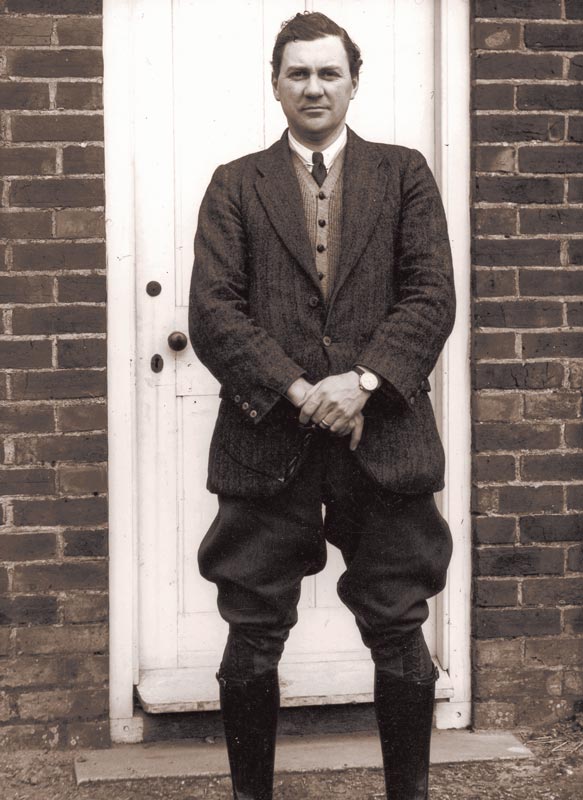 He recognised the fundamental value to the apple growing industry of understanding the best rootstocks available. Modern commercial apple growers prefer dwarf trees because they allow denser planting and fruit is easier to pick. Such dwarf apple trees are recorded by the ancient Greeks, grown on rootstocks thought to have originated in Armenia and Georgia. The generic term ‘Paradise apple’ has been used for at least 500 years to describe small apple trees, from the Persian word pairidaeza for an enclosed garden, but, over the centuries, the specific varieties of Paradise apple rootstocks that determined their small size became confused. 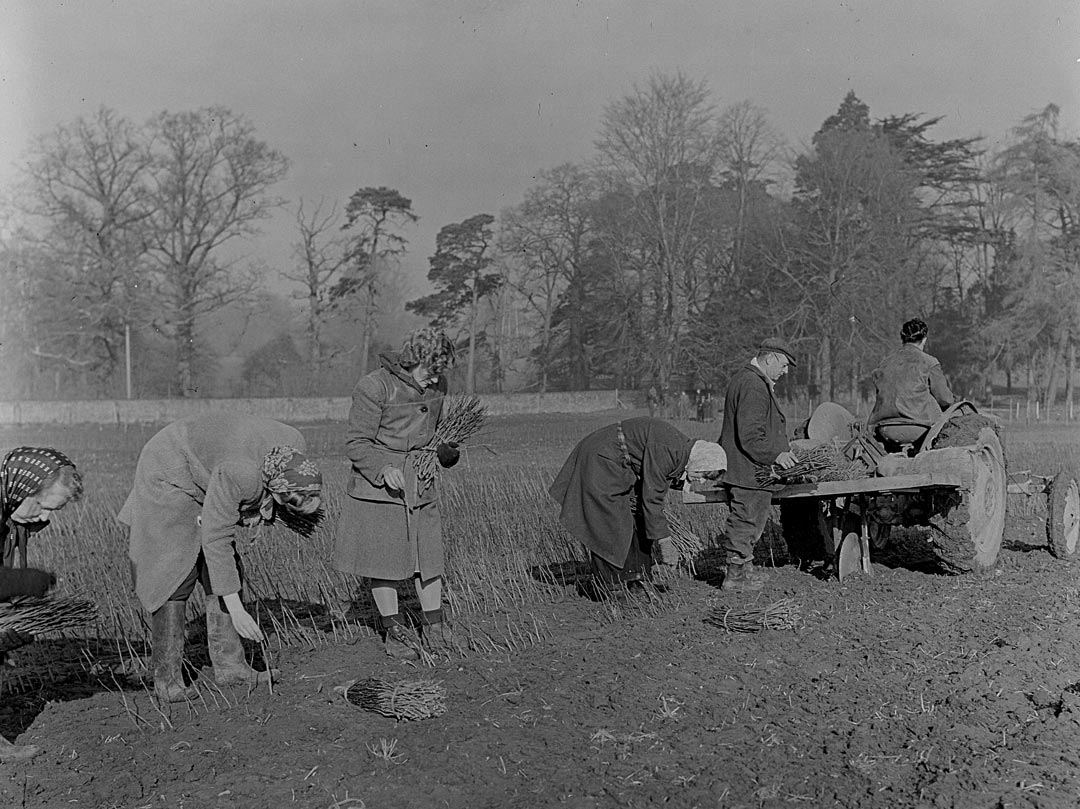 On the eve of war, Hatton set about collecting different Paradise rootstocks from growers in the UK, France, the Netherlands, and Germany. Planted out at East Malling, the different rootstocks were studied, compared, and classified by observing the resulting tree characteristics: Strength of growth; appearance of wood; and leaf shape.

“reliable data upon these facts…open up a whole vista of possibilities for progress of economic importance. ” 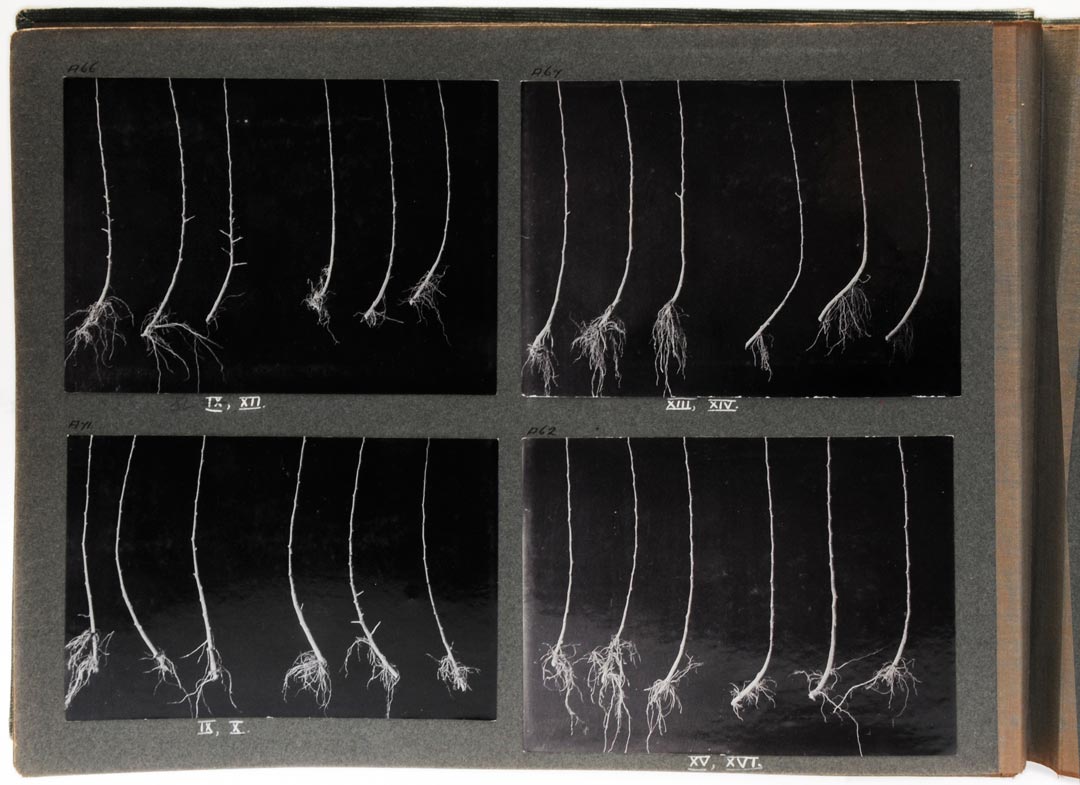 Whole root systems were excavated and photographed in the early work to understand the effect on trees of different root stocks. 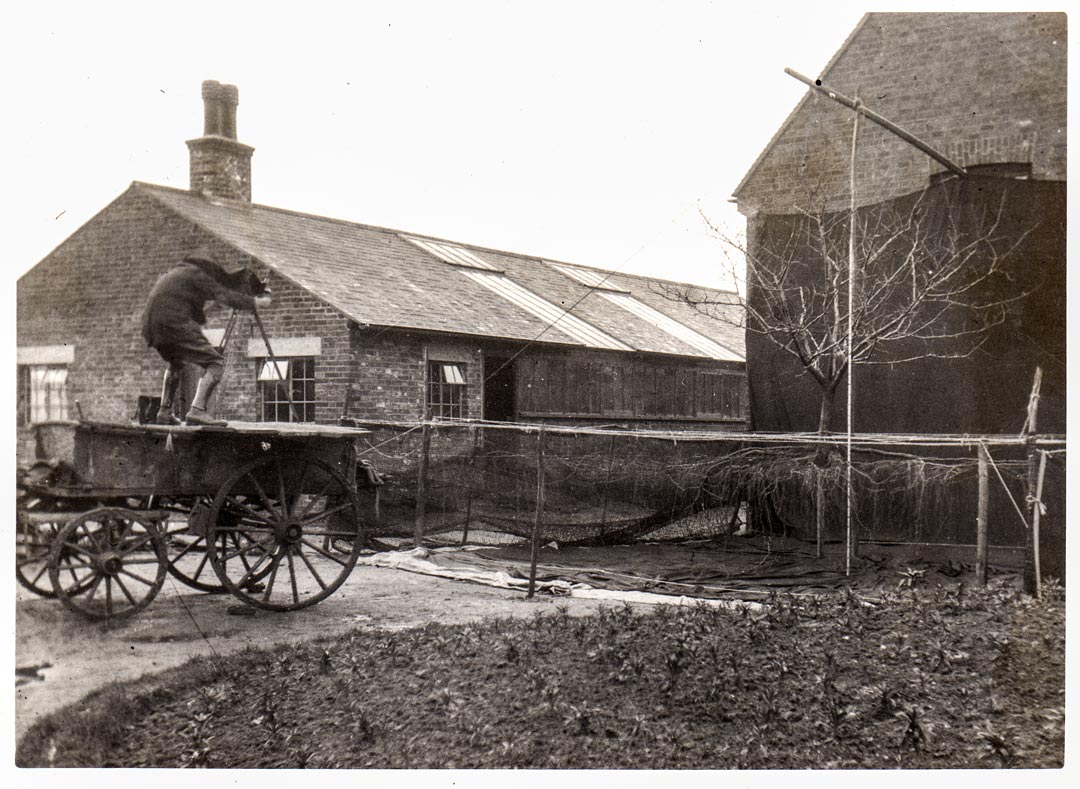 Later, underground laboratories were built with windows to observe the growth of the roots of living trees planted above. These tunnels still exist at East Malling. 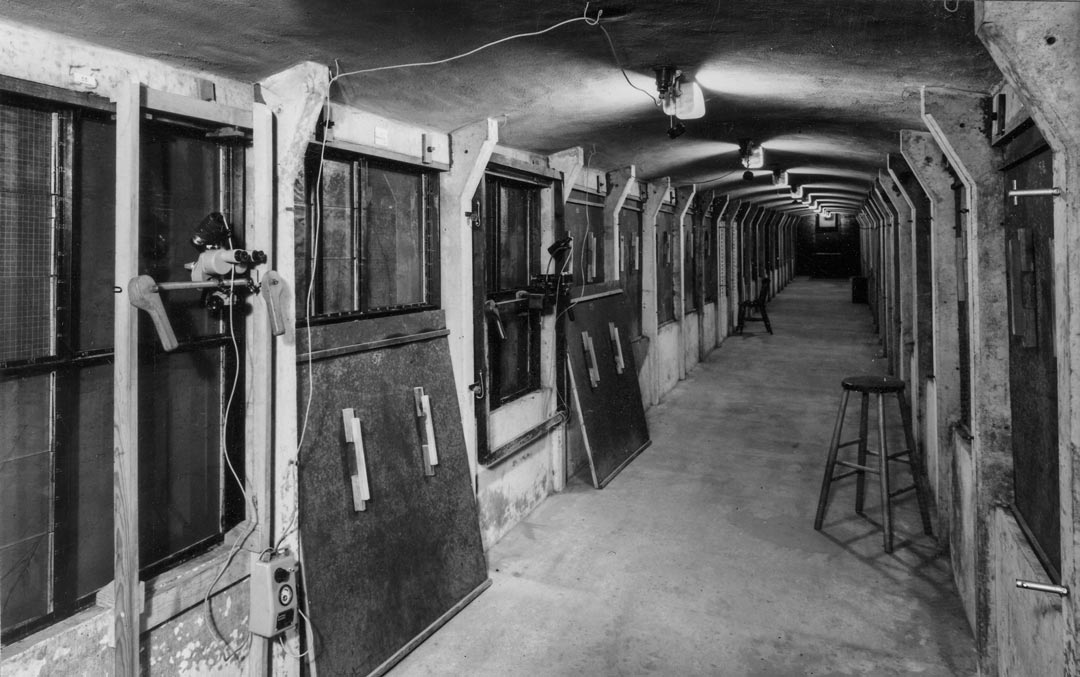 It is a measure of the significance of rootstocks, and the importance of research to improve food yield, that Hatton’s classification work continued through the First World War. Whilst one hundred miles to the east entrenched enemies fought in the Battle of Passchendaele, the first nine types of recommended Paradise apple rootstocks, collected from those adversaries, were published on 5 September 1917.

Known as the M-series (M-for Malling), standardised rootstocks for apple trees transformed the horticultural industry. East Malling propagated its rootstocks true to type and distributed them to growers around the world. Apple tree roots are generally propagated by ‘layering’, in which the young trunk is cut off just above ground level. When multiple new shoots grow, they are covered with a mound of soil so that each new shoot roots and can be separated from the mother plant in autumn.

One of the rootstocks studied by Hatton was variety Jaune de Metz, which had been sent by nurseries in France and Germany. It was a chance seedling originally found near Metz and recorded in 1879. Renamed the M9, Hatton saw its commercial potential.

Hatton’s forecast was somewhat understated, because M9 became the most used rootstock worldwide, which it remains today. By consistently producing compact but vigorous trees, this rootstock greatly increased production of apples by allowing closer planting and easier picking.

The M-series was subsequently extended to 27 numbered types (though not numbered in order of size), and an MM-series bred specifically to control woolly apple aphid, a serious pest in Australia and New Zealand. 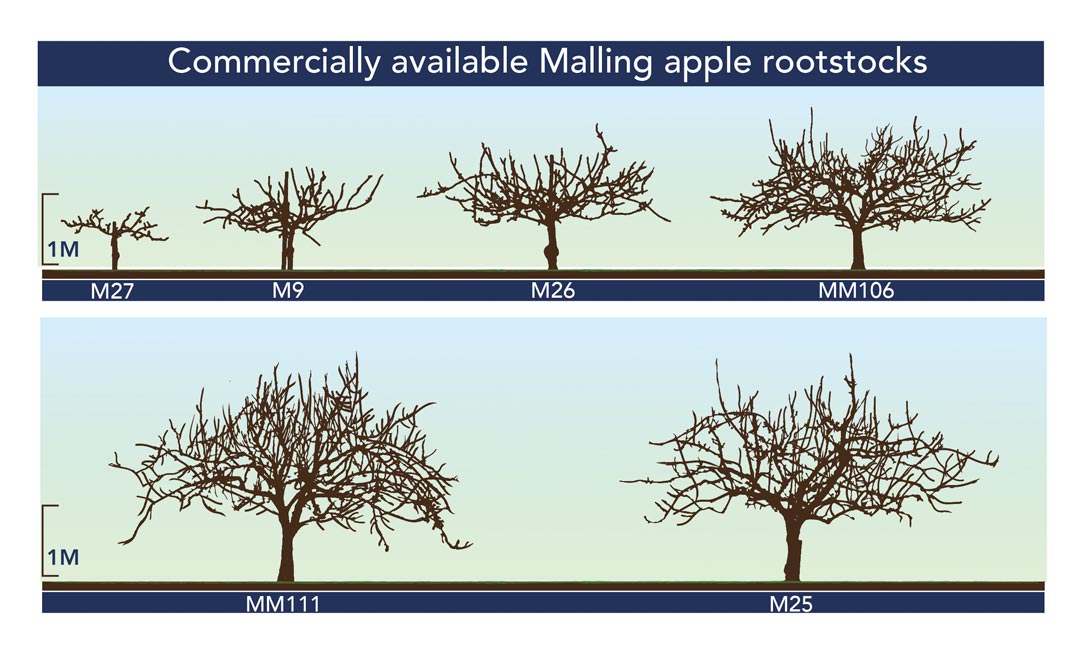 In the shadow of World War, Hatton had established a model to harmonise Paradise rootstocks for apple production around the world. It is the lasting achievement of the research that he started that it is estimated that over three quarters of all the apples in the world grow on East Malling-derived rootstocks.

The Malling M9 by Unredacted Productions

The trio have composed a piece of music to celebrate the classification of the Malling M9 rootstock by the East Malling Research Station in 1917. The piece was composed by Samuel Read. A realisation was produced, mixed, and mastered by Gareth Swindail-Parry. The piece was researched jointly by Samuel Read and Thomas Nelson. The programme notes were written by Thomas Nelson.

No fewer than six hundred fruit growers have assembled to hear Dunstan speak. In 1843 an agricultural research station had been established in Rothamsted, and Dunstan speaks passionately for the need to establish a new research station in Kent. The growers are persuaded, and the East Malling Experimental Station is founded in 1913. The first subject of research: the classification, standardisation, and testing of rootstock to improve the yields of the apple trees.

Our piece begins quietly, like those tense, long moments waiting in the wings before stepping out to greet an audience.

Dunstan’s ideas break from each other one by one, branching from those first moments like a fractal, taking root in the minds of his listeners, until the basses enter, and they grant him their confidence.

In 1910, Fantasia on a Theme by Thomas Tallis by composer Ralph Vaughan-Williams is performed in Gloucester Cathedral. The quintessential name in early twentieth century English pastoral music, Vaughan-Williams legendarily travelled about the country to document and transcribe English folk oral traditions. It was to this research that Samuel Read – the composer of our piece – turned to represent the story of the East Malling research station. A lifelong ‘fan’ of the work of Vaughan-Williams, the composer’s work is not just of the right period – it is the music of the countryside in which our story takes place.

You can hear Vaughan-Williams’ influence in our piece in the use of folk-like melodies and major pentatonic harmony – the use of scales with only five notes out of each octave.

The staccato clarinet climbs in a scale, soon accompanied by the bassoon, before suddenly breaking into a fast, enthusiastic folk melody. Work has begun at the research station!

With only 23 acres of bare land, the first director of the station Captain R Wellington designed the first buildings – a laboratory, stable and cart-shed himself, even going as far as managing the build himself to conserve scarce resources.

This field, known as “Great East”, would see the classification and testing of the single most revolutionary range of rootstocks ever developed, led by the station’s second director Ronald Hatton, making the name East Malling legendary throughout the horticultural world.

The second section of our piece represents this busy, bustling work in the Great East field. It is layered with a slight tension – that angst felt secretly by all creative individuals during those days after gaining the support of one’s peers, but before that support produces reward. The energetic, hopeful melody conveys perhaps the strongest resemblance to folk
tradition of the piece, as the workers at the newly founded research station take to the land and work it as their own.

Eventually, you will hear the piece turn again with triumph, becoming resolute, and maestoso. The M9 rootstock has been classified for the world!

From around this point you will begin to hear the ‘branching’ motif you first heard in the flutes in the opening again. The rootstock begins to branch out across the world, until eventually it becomes the single most common and well-known dwarfing rootstock in the world – a status it maintains to this day.

We dedicated the rest of our piece to the legacy of the rootstock, but before commenting on that, we felt it was important to acknowledge something else about the piece, that one may have already noticed.

Throughout the piece there is an unease lurking in the air, seething in the minds of the nation. Our composer Samuel Read cites Vaughan-Williams’ sixth symphony as an influence here. His 1947 work may come as a surprise to some. Vaughan-Williams’ symphony in E Minor opens with a flurry of dread. The first movement concludes with one of the most often-borrowed motifs ever by film composers looking to convey villainy. Far, far away from the hopeful fervour of the work at the newly established research station, war is brewing.

On the 28th of July 1914, the first world war begins. East Malling’s development of the M9 rootstock – what is still today perhaps England’s greatest contribution to horticulture, was for the most part overshadowed by the war at the time it was completed.

Nevertheless, East Malling’s research saw crop yields increase in every orchard where it was put to work. Faster growth, and greater resistance to weather and disease, put the research of East Malling among the greatest contributions to the ongoing fight against food scarcity that the British Isles have ever delivered.

The notes and conversations of myself, Sam, and Gareth are full of discussions of war, and littered with images lifted from the publications of the time. But in the final piece, the war takes the back foot. All the ideas from Vaughan-Williams’ later works are there if you want to listen for them. But first and foremost, the piece is a hopeful celebration of an honest, uncontroversial British innovation that has shaped the world as we know it today. East Malling took the humble apple and with it increased food security, saving, and bettering lives every step of the way.

Unredacted Productions is indebted to the following open-access source by Dr Mike Solomon of East Malling Research, who has kindly summarised over a hundred years of history into one remarkably accessible document. 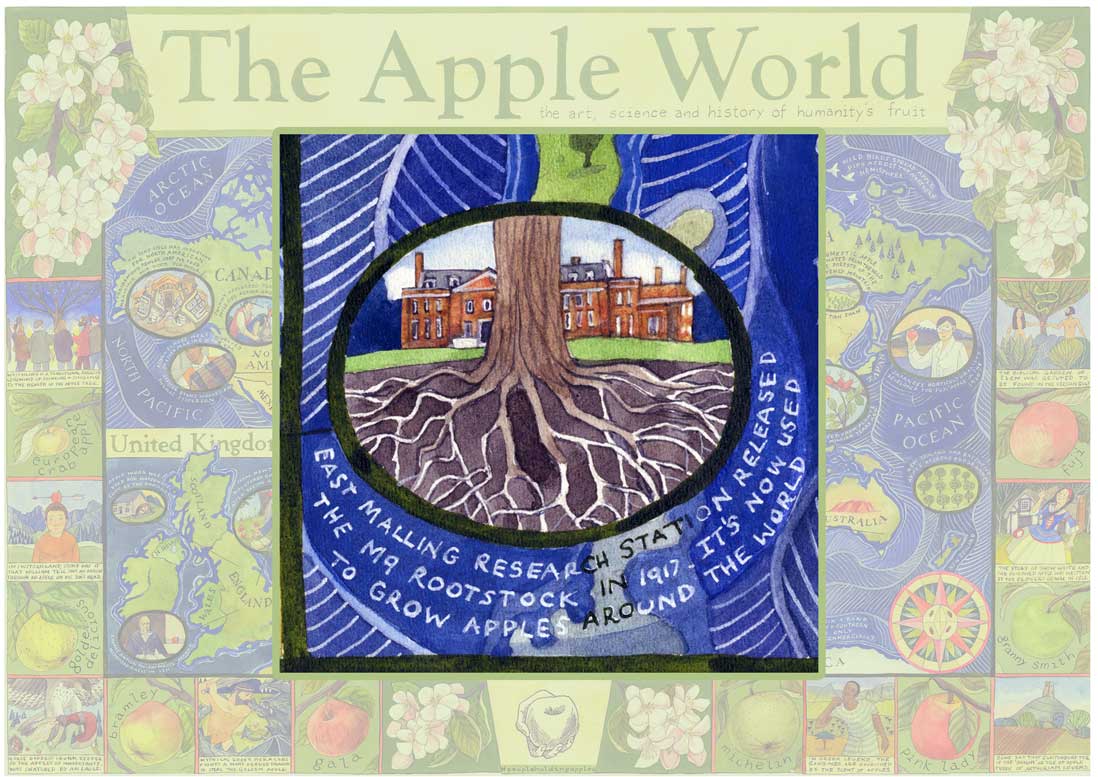 Detail from the Herefordshire Pomona watercolours on display at the Museum of Cider in Hereford, which are on loan from H P Bulmer Limited Photograph by Paul Ligas When Doctor Hogg went to Hereford
Scroll to top