Fruit of the Heavenly Mountains

The domestic apple stems from the fruit forests of the wild apple (known as Malus sieversii) on the slopes of the Tian Shan. 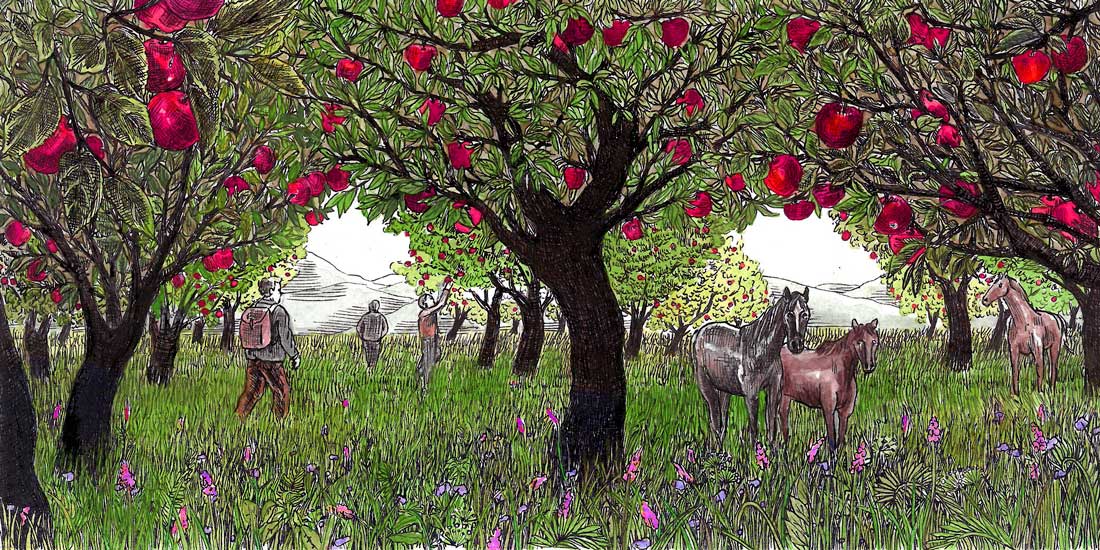 The Tian Shan, the Heavenly Mountains that span Kazakhstan, Kyrgyzstan, and Xinjiang province of China, were created as the Indian subcontinent pushed up into Asia. In this isolated glaciation-free tectonic cauldron, over millennia nature transformed small early apples that had spread there from the East into a larger, sweet and soft apple. This apple, Malus sieversii, is the direct ancestor of all domestic apples eaten the world over today. 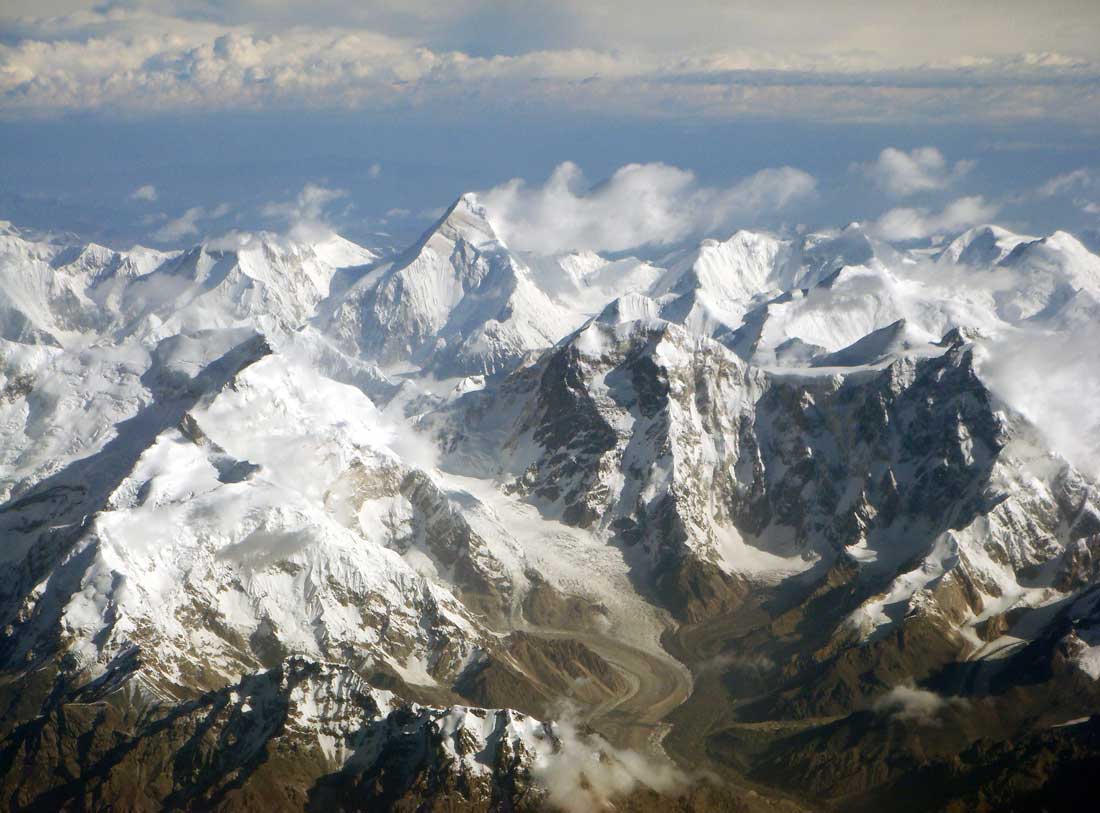 Nikolai Vavilov (b1887) was a Russian botanist and geographer, head of the Lenin All-Union Academy of Agricultural Sciences until 1940. In his 1926 book ‘Studies on the origin of cultivated plants’ Vavilov set out a theory that each agricultural crop comes from a primary centre of diversity in the world, where many different wild relatives are found. These he termed ‘centres of origin’. On visiting the Tian Shan, Vavilov concluded that the domestic apple stems from the fruit forests of wild apple Malus sieversii on the slopes of the Tian Shan. 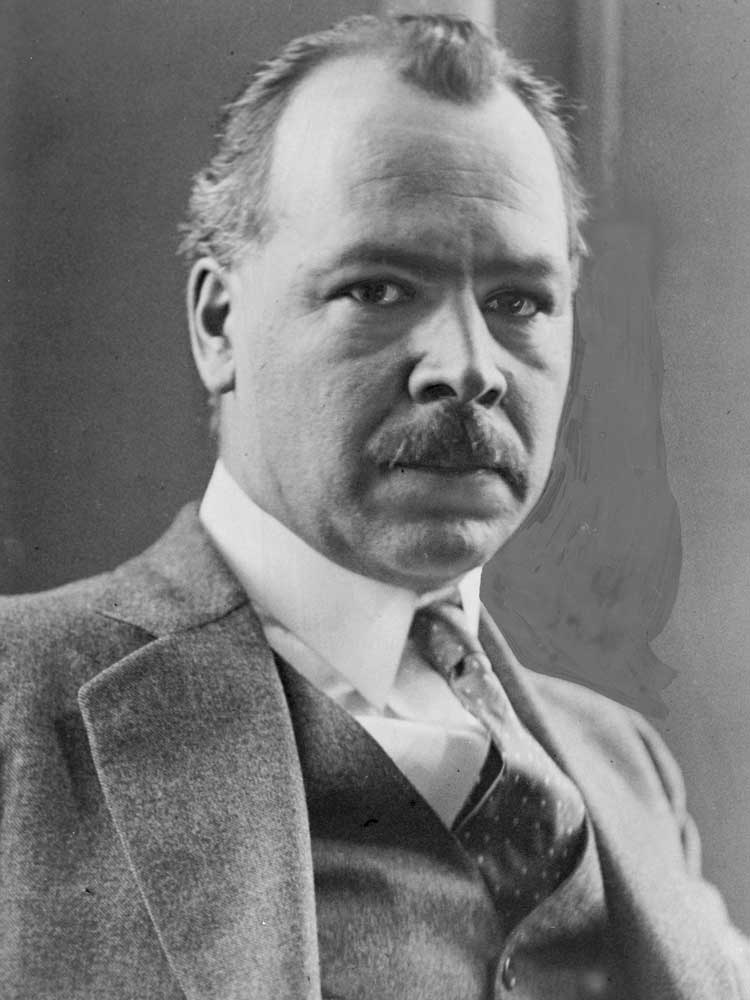 “One could see with one’s own eyes that this beautiful site was the origin of the cultivated apple.”

Recent genetic advances have allowed scientists to endorse Vavilov’s theory of the origin of the apple. This will help to both understand the fruit’s history and to protect its future. The Tian Shan offers a rich apple gene pool that may help improve fruit taste and hardiness for future generations. Furthermore, in 2017 Malus sieversii growing in Xinjiang Province was found to be a distinct, ancient, and isolated ecotype not directly linked to the domestication of the apple. This holds great potential for future breeding.

Nikolai Vavilov fell out of favour with Stalin and, in a cruel twist of fate for someone who had spent his life studying crops, died of starvation in a Russian prison on 26th January 1943. Meanwhile the fruit forests of the Tian Shan, that he identified as the source of the domestic apple, are themselves under threat. It is estimated that as much as 90% of the wild apple trees that existed in Vavilov’s time around Almaty, Kazakhstan’s largest city, have been lost due to human encroachment. The ancient fruit forests are cleared for housing, deforestation makes way for modern agriculture, trees are felled for wood fuel, and land is overgrazed. As a result, Malus sieversii is now on the international Red List of threatened species. 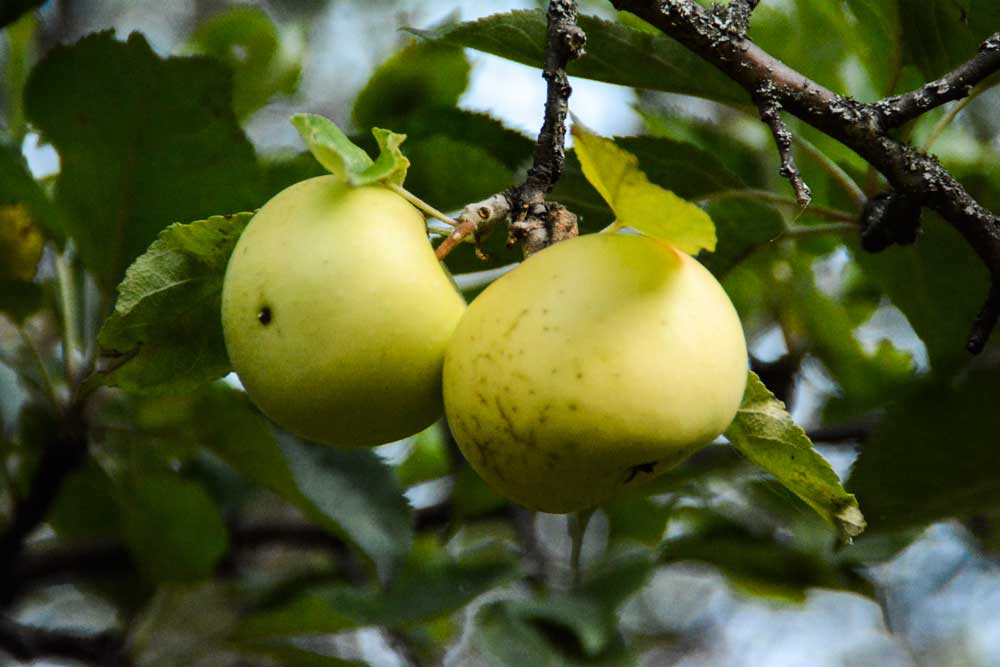 “With most commercial apple cultivars having a narrow genetic base it is imperative that the wide genetic diversity in this species is conserved both in situ and ex situ.”

International efforts are focused on protecting this important resource in apple tree collections around the world and through preservation of what remains of the fruit forest in the Heavenly Mountains. 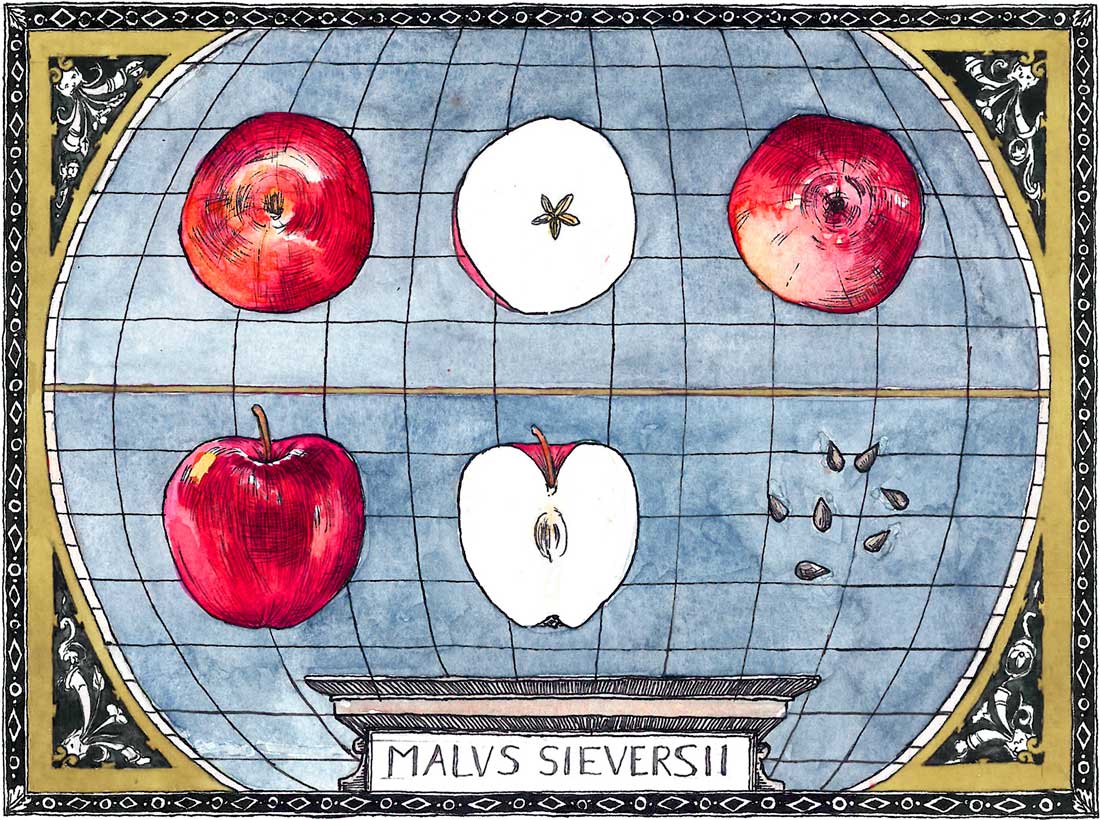 Illustrations in this story by Naï Zakharia, a French-Lebanese freelance illustrator and a PhD student at the University of Cambridge. See more of her work on Instagram and her Cargo Collective website.

Paul Cézanne - Still Life with Apples, circa 1878, oil on canvas. Copyright © The Provost and Fellows of King's College, Cambridge, UK