The Apple and the Rose

The apple is thought to have originated from the rose in central and southern China some 40 million years ago. 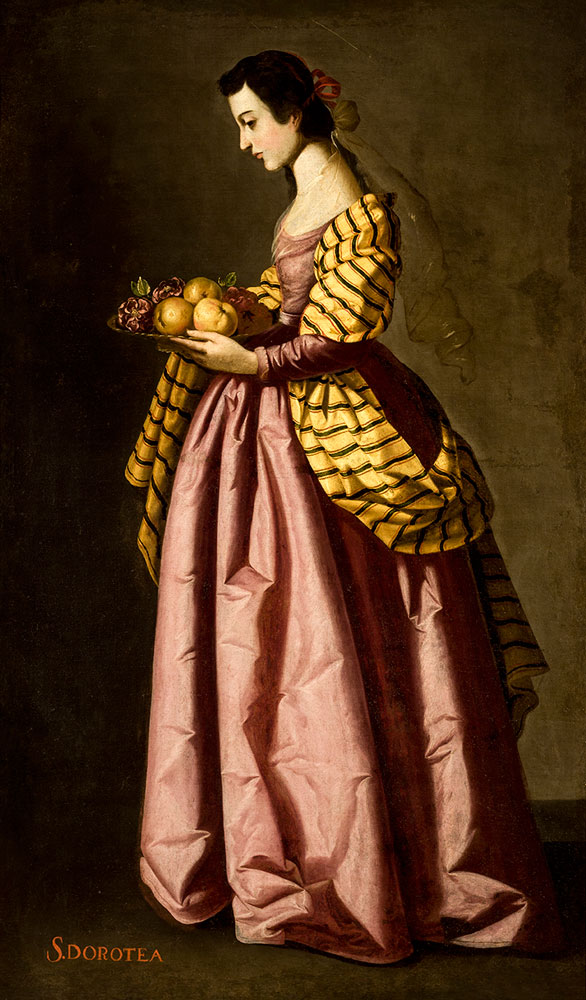 The apple belongs to the Malus genus, just one of many genera in the rose family (Rosaceae). Genetically, the apple is thought to have originated from the rose in central and southern China some 40 million years ago perhaps because of a catastrophic event or climate change.

A large length of the genome was duplicated, so that apples have seventeen chromosomes, whilst most other members of the rose family have only seven, eight or nine chromosomes. Recent research indicates that the member of the rose family from which the apple is most likely to have derived was similar to the nine-chromosome Gillenia in North America. 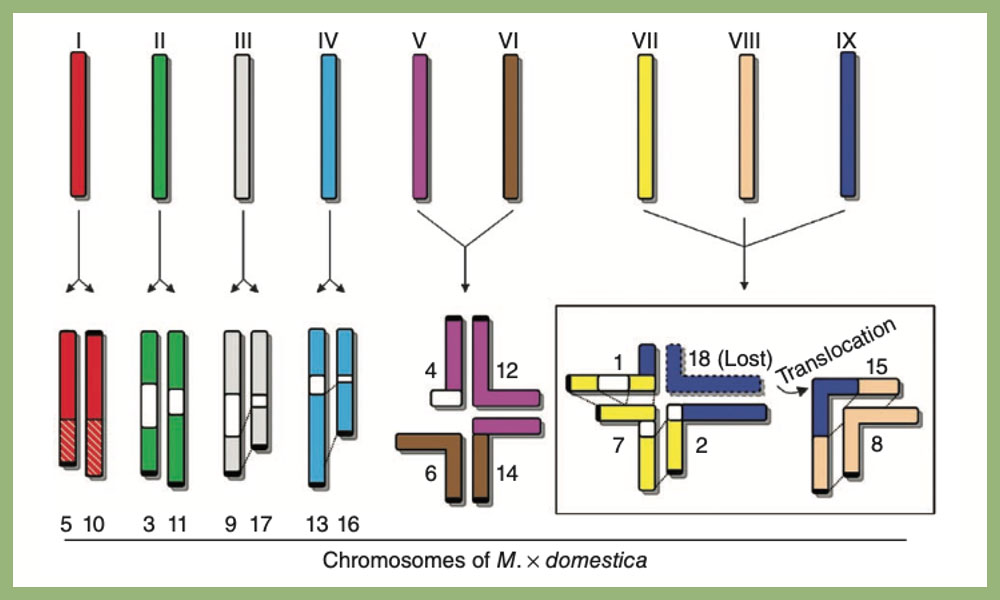 A model explaining the evolution from a 9-chromosome ancestor to the 17-chromosome karyotype of Malus domestica. From Velasco et al (2010) The genome of the domesticated apple in Nature Genetic republished with permission from Springer Nature © and Copyright Clearance Center.

Unlike most fruit, the apple is a ‘pome’, formed by expansion of tissue at the base of its flower. The genetic changes allowed the pome to swell and develop sugars and taste, though keeping physical resemblance to a rose hip.

More than half of the nearly 60 species of wild apple across the world are found in China, centred on just three provinces of Sichuan, Guizhou and Yunnan, evidence that this is where everything started for the wild apple. 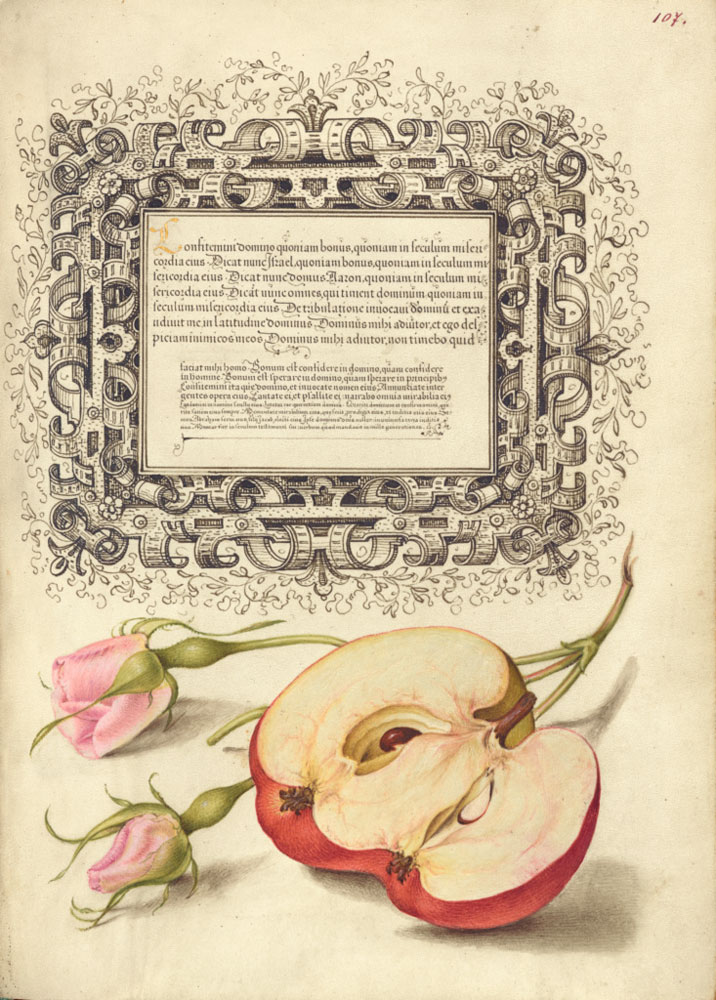 The story of St Dorothea, patron saint of apples and flowers, tells of her being killed for her faith in Caesarea in Turkey in the fourth century CE. Having pledged her life to celibacy and prayer, St Dorothea refused to marry a pagan and give up Christianity. At her trial, she was mocked by the lawyer Theophilus.

“Bride of Christ, send me some apples and roses from your bridegroom’s garden” 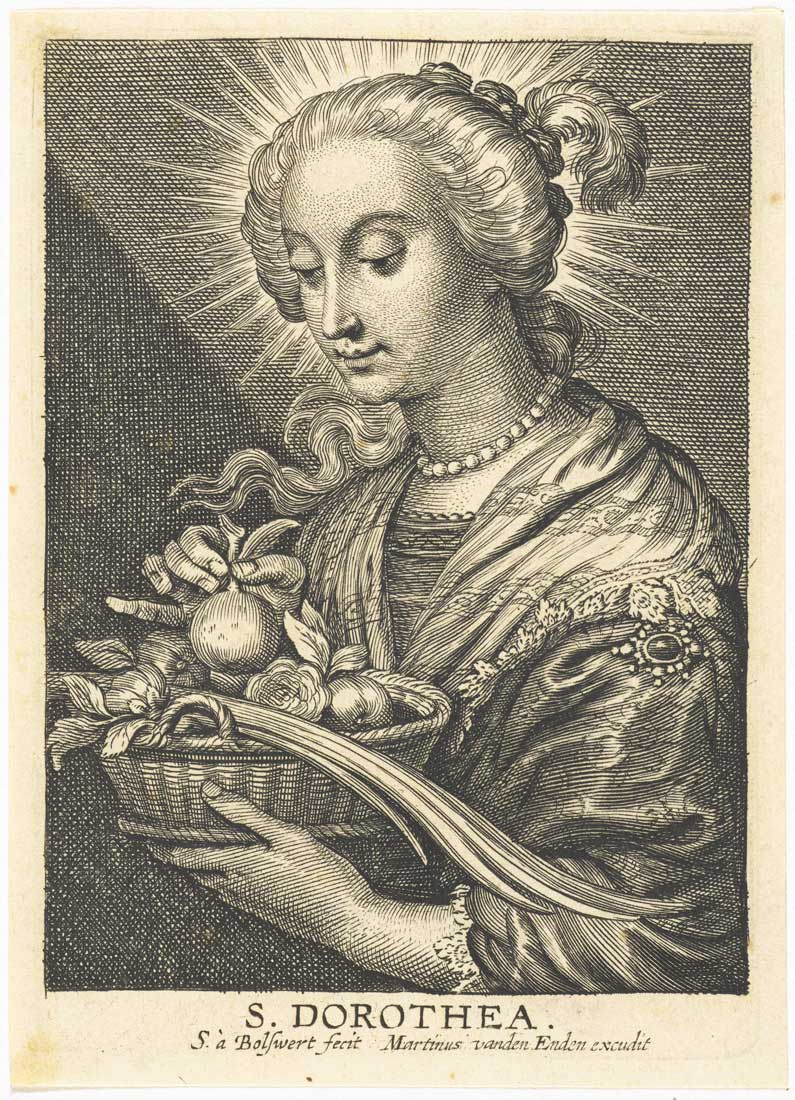 After St Dorothea had been executed, an angel delivered a basket of three apples and three roses to Theophilus in the midst of winter when both were out of season. The close link between the apple and the rose is remembered each year on 6th February, St Dorothea’s feast day.

Fruit of the Heavenly Mountains